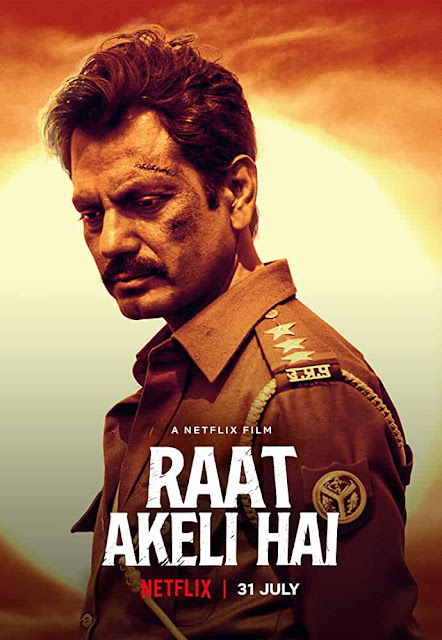 Sometimes a film has the power to grip you from the very second it takes off. Honey Trehan’s Raat Akeli Hai (RAH) does that, grabbing attention with a vice-like hold from the moment it opens with a chilling murder on a deserted highway in the inky blackness of the night.

Fast forward to five years later, and there is another murder: a rich old man is found shot and with his face bashed up on his wedding night. Inspector Jatil Yadav is called in to investigate (yes, Jatil, not Jatin – there is an amusing story there).

The elderly victim had money and a wealth of people around him. Yadav realises within minutes of being inserted into their lives that no one is above suspicion: not the dead man’s pregnant daughter, not his drug-taking son or the son-in-law whose sole concern is his claim to the family fortune. Then there is the victim’s enigmatic sister and niece, an arrogant nephew, the young bride herself and the domestic help who seems to know more than she lets on.

While sifting through clues and possible motivations, Yadav, who is edging towards middle age, must also deal with his pesky albeit well-meaning mother’s marriage goals for him.

Trehan has so far been known as one of Bollywood’s top casting directors. The meticulousness with which he and his colleague Taran Bajaj have picked actors for even minuscule roles in RAH explains his reputation for excellence in that department. The confidence with which he has helmed this film belies the reality that it marks his directorial debut.

Every frame of RAH, every technical aspect, has been handled with extreme care. The film plays out mostly in darkness. Open spaces late at night where fires are replicated by the reflective surfaces on which they fall and the red-tinted low-lit interiors of homes elegantly captured by DoP Pankaj Kumar set up, heighten and sustain the sense of intrigue and suspense in the narrative. It can be safely concluded that Kumar has superhuman abilities since his repertoire ranges from the visual philosophy of Ship of Theseus to the atmospherics of RAH.

The writing by Smita Singh (who has been credited with the story, screenplay and dialogues) pays heed to even the minutiae in the life and demeanour of each character. RAH is an effective crime thriller, but goes well beyond that to also serve as a running commentary on state politics and the sociology of small-town north India. 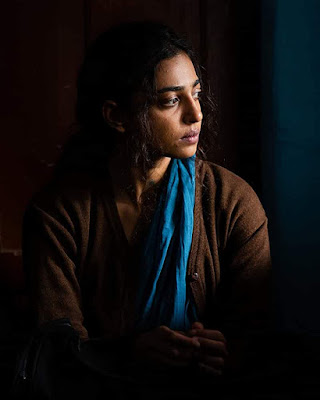 The most visceral statement emanating from Singh’s story is about the way society punishes women victims of sexual abuse, irrespective of class, and views them with suspicion while covering up the sins of their male predators. She also finds space for colourism, a telling reference to the double standards inherent in Hindutva politics, and a spectrum of hypocrisy where a target of prejudice may very well turn out to be prejudiced in their own way – like the man who is rejected by a woman because he is too dark-skinned for her taste, who in turn says her attire indicates that she is not as “susheel” (good, modest) as he would like his wife to be.

“Susheel” is translated as “virginal” in the subtitles, which is an interesting interpretation of the Hindi word. It is a measure of the importance Raat Akeli Hai gives to detail that the subs have been done by no less a personage than Abhishek Chaubey (director of Dedh Ishqiya and Udta Punjab, and one of this film’s producers) along with Utsav Maitra.

This team clearly has an affection for language and is aware that subtitles across Indian cinemas often wreck the director’s and writer’s intent. Singh’s dialogues merit every bit of that love.

Despite the large ensemble of characters, Singh and Trehan make each one distinctive.

Nawazuddin Siddiqui as Jatil Yadav switches with characteristic ease from hard-as-nails policeman to a softer version of himself.

Each actor stands out in their own right, though I must say it was a pleasure to see Riya Shukla – who earlier played Swara Bhasker’s acid-tongued daughter in Nil Battey Sannata – here playing a significant part as the terrified household help.

In his role as a senior policeman, Tigmanshu Dhulia’s natural timing seems particularly well-suited to the local flavour of the dialogues. 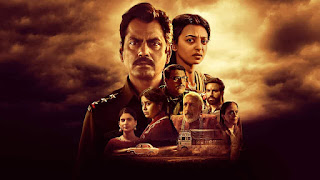 Shreedhar Dubey makes himself likeable as Yadav’s gossipy deputy who personifies casual misogyny with his assumptions about who done it – a reminder that patriarchy is perpetuated not necessarily by men with horns on their heads but by the ‘nice guys’ too.

And Ila Arun is utterly loveable as Yadav’s mother. I melted into a puddle as I heard her explain what his father meant to her.

In the midst of so much that is good, two points about RAH are a cause for concern. Firstly, the relationship Yadav tries to build with a woman in the film is exploitative because of the unequal power equation between them, far worse than perhaps even a doctor wooing a patient or a lawyer wooing a client because when he first makes an aggressive overture towards her, he is in a position to destroy her completely. This is not to say that no man would make such a move in real life, but that this particular man’s behaviour here seems inconsistent with his characterisation until then and thereafter, and that the script does not bat an eyelid in the matter, which becomes noteworthy considering the progressiveness of the rest of the writing.

The finale gets stretched for over 20 minutes after the big reveal, partly due to the Agatha Christie-style gathering of all the players in a single room for the detective to say his piece (which is sweet) and partly due to a needless bow to the conventional definition of happily-ever-after. The closing scene feels odd not just because it is unnecessary but also because of the lack of chemistry between the two actors and characters involved. By this time though, RAH had me completely engrossed and in a forgiving mood.

It helps that the film closes right then with one of the mood songs Sneha Khanwalkar has created for it. Khanwalkar’s soundtrack and Karan Kulkarni’s background score play a crucial role in RAH’s pensive tone.

Raat Akeli Hai (The Night Is Alone / Lonely / Solitary) marks the advent on the Hindi film scene of a bold new voice. Here is some breaking news of the happy variety: director Honey Trehan has arrived.

Posted by Anna MM Vetticad at 4:41 PM No comments: