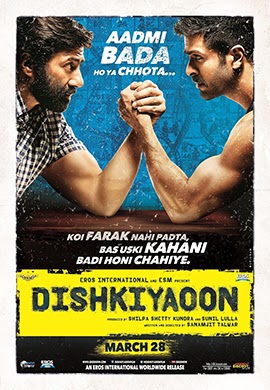 It’s not hard to imagine this film sounding good at the basic concept stage: a young fellow becomes a gangster, not driven by circumstances and a sob story as most Bollywood gangsters are, but because his career ambitions have always revolved around heading the underworld. The problem is this: 25 years after Vidhu Vinod Chopra broke new ground with Parinda, 23 years after Ram Gopal Varma’s Bollywood remake of his own Telugu film Siva, 16 years after Ramu made the pathbreaking Satya, Dishkiyaoon has nothing new to offer us beyond its very skeletal concept. It’s not even being true to itself. Why else would a film about lives and relationships destroyed by ambition be frivolously titled Dishkiyaoon? Why would a film that ends on a tragic, bloody note follow up its climax with a peppy item song featuring the hero and a luscious-looking Shilpa Shetty (the film’s producer)? What the heck was that?!

There is of course another, over-arching question: why would anyone think that Harman Baweja could carry this film on his shoulders? Don’t get me wrong – it’s actually nice to see Harman not trying to look like Hrithik in a film. Some day he may even develop a stronger screen presence. Until that happens though, every time I see him on screen I can’t help but feel that he’s a paavam bechara boy trying hard to be a movie star.

The story, for what it’s worth, is about this little chap called Vicky who is neglected by his Gandhian daddy (Rajit Kapur) who tells him to turn the other cheek when he’s bullied in school. Kid tries that and gets further slapped. Without batting an eyelid, kid easily locates a dreaded gangster called Mota Tony (Prashant Narayanan) and asks him to finish off the bad guy in his life. Whoa! Is this standard practice for schoolchildren in Mumbai?

Anyway, the story is being told in flashback by Vicky Kartoos (Harman, thus named for reasons that I can’t be bothered enough to relate to you) while he plays snakes & ladders and arm-wrestles in prison with a hefty Haryanvi chap called Lakwa (Sunny Deol). I lost interest in the film somewhere towards the beginning which could be why I couldn’t laugh when Mota Tony reveals that he is named thus because his you-know-what is not as small as the rest of him would indicate. Just sharing that with you in case you find it funny. I didn’t. Yawn!

Through a haze of boredom, I deciphered that among the many uninteresting characters in Dishkiyaoon there is a dreaded gangster called Iqbal Khaleefa in the picture, and another whose identity is revealed in the end with the expectation, I suspect, that the twist will knock the breath out of us. It didn’t do that for me.

Sunny Deol can’t pull off the Haryanvi accent. Director Sanamjit Singh Talwar can’t pull off the grandeur, atmospherics and dialoguebaazi he’s clearly trying to achieve. And Axel Fisher’s mood photography is completely wasted on this wannabe gangsta flick. The only bright spots in Dishkiyaoon are: the realisation that sweet Anand Tiwari from Aisha can be scarily nasty; the reminder that Prashant Narayanan deserves so much better than this; and the sight of Shilpa Shetty’s tiny waist which looks as fabulous as before she had her baby!

What else can one say about a film that seems to consider itself deadly serious but follows its bullet-riddled climactic sequence with Harman and Shilpa dancing to these words: 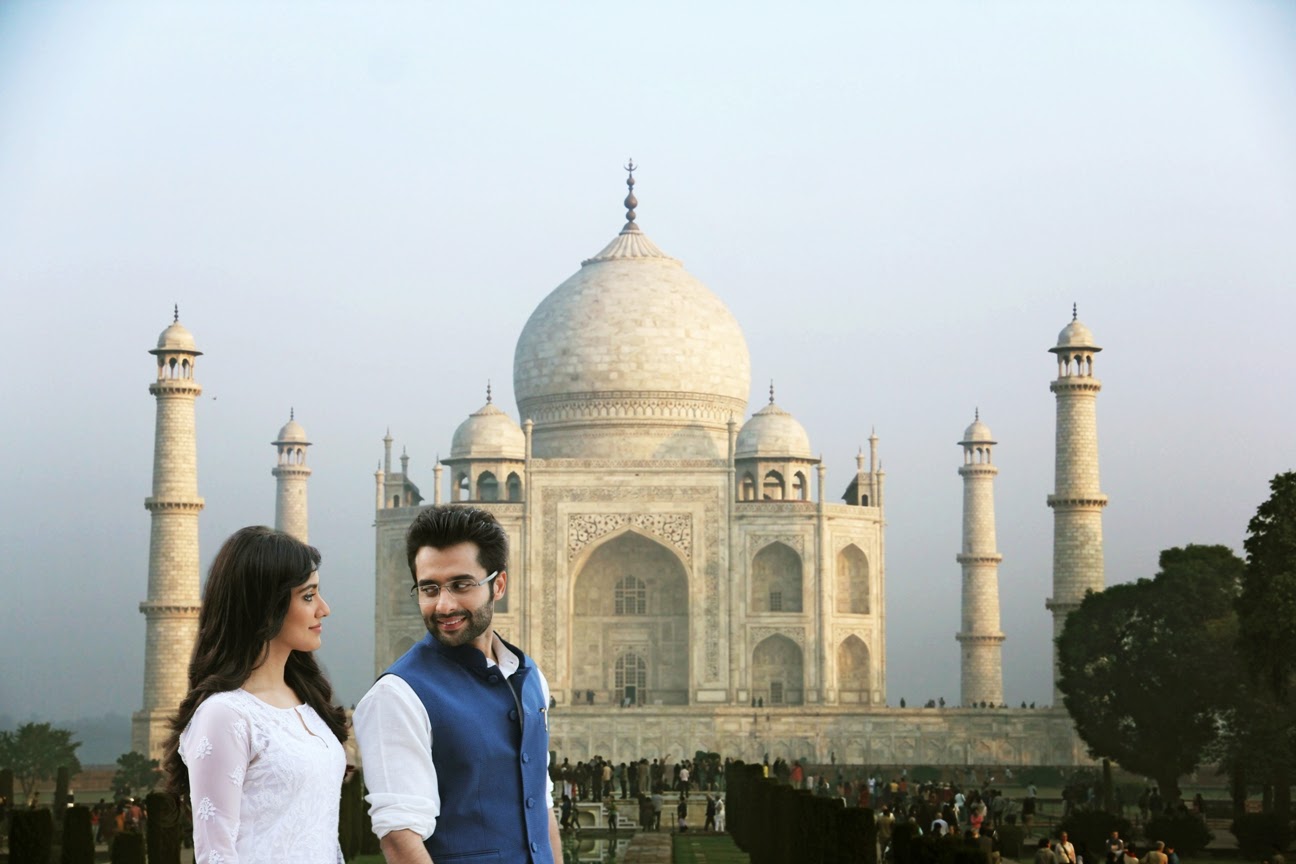 Posted by Anna MM Vetticad at 10:57 AM No comments: