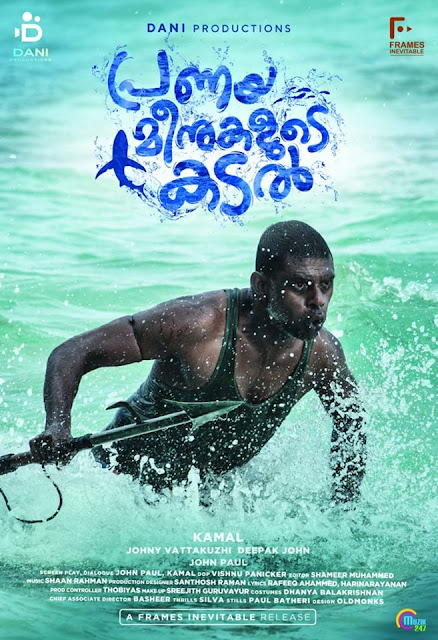 A poetic title, the reins in the hands of a multiple  National Award and Kerala State Award winning director, Kammatipaadam’s Vinayakan among the leads and a divine setting... Can this film possibly go wrong?

Yes, terribly so, as becomes evident with every unfolding moment of Pranaya Meenukalude Kadal (A Sea of Romantic Fish). Kamal directs this tale of a mainlander who comes to Lakshadweep and falls in love with a pretty local girl, much to the chagrin of her grandmother who is fiercely protective of the child. Riddhi Kumar plays Jasmine whose mother, Dr Sulfat Beevi (Sreedhanya), and her mother, Bibi Noorjehan (Padmavati Rao), belong to the Arakkal family who once held sway over the entire island. The current Arakkal matriarch has her reasons for keeping Jasmine away from outsiders.

Among those watching over the girl is Noorjehan’s loyal and unquestioning lieutenant Hyder, played by Vinayakan. Ajmal (Gabri Jose), who is smitten from the moment he sets eyes on her, is undeterred though by the intimidation tactics employed against him.

It all sounds like a revisitation of a charming, romantic ancient folktale about the quintessential outsider who wins the heart of an innocent damsel and wins her hand against all odds. Except that there is nothing romantic or charming about Ajmal or his courtship of Jasmine. At first it seems like their love story is going down the clichéd path of boy and girl meeting, clashing, disliking each other and then falling in love, that has been recycled a zillion times by Indian cinema across languages. That line is silly, tired and over-used, but Pranaya Meenukalude Kadal is much worse. 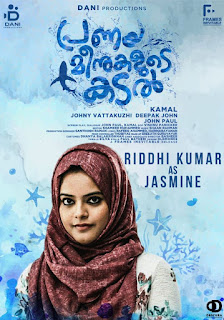 Firstly, Ajmal is both arrogant and a troublemaker. He is an aspiring actor and Mohanlal devotee who has been forced by his family to come to Lakshadweep as part of a crew refurbishing an old boat. The local top cop Eldho Sebastian is determined to keep his island free of crime, but Ajmal and his friends seem bent on clashing with the peaceful islanders. 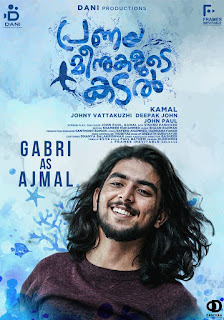 As soon as Ajmal spots Jasmine, he begins his pursuit of her, despite repeated rejections. He photographs her without her permission. When she objects he photographs her some more, stalks her, and in one of the film’s most disturbing scenes, molests her while she is out diving in the sea. His behaviour is not what is terrifying though, what is terrifying is that the screenplay, which Kamal has co-written with John Paul, does not portray this behaviour as assault at all. Instead, being forcibly kissed by a man underwater stirs up emotions in Jasmine, and soon, she is hopelessly in love with Ajmal.

It is one thing for this kind of dangerous nonsense to come from directors like S.S. Rajamouli, Sandeep Reddy Vanga or one of the many filmmakers that Akshay Kumar and Salman Khan have worked with, but what is one to say of this casual legitimisation of sexual assault by a director who has publicly strongly supported the women’s rights movement in the Malayalam film industry?

If Pranaya Meenukalude Kadal’s problematic gender politics is one nail in its coffin, the other is its stilted storytelling. The first half has promise when it is unclear which way Jasmine and the story will go. The second half is made cringe-worthy not only by her decision to back a sexual predator and the sexist portrayal of her grandmother, but by a director who seems awkward around the theme of love. This awkwardness is exemplified by the portrayal of a senior gentleman who has been pining for the woman he loves and ends up coming across as pathetic. It is epitomised though by a scene in which the young couple are shown singing on a boat, a scene that seems to be aiming for cuteness but comes across as totally silly instead.

It does not help Kamal’s cause that Gabri Jose has no screen presence and has even less chemistry with Riddhi Kumar. She, on the other hand, seems like someone who could be moulded into a worthy actor.

Frankly Kumar’s potential does not matter in the larger context though, nor does Padmavati Rao’s arresting personality, Sreedhanya’s engaging screen presence or Saiju Kurup’s reliability as an actor. It does not matter that Vinayakan is formidable on screen despite playing an under-written character, Lakshwadeep is breathtaking, Vishnu Panicker shoots this pristine location beautifully and that final confrontation in the sea is chilling.

Pranaya Meenukalude Kadal’s positives and even its other negatives fade into insignificance in the face of the position it takes that the way to a woman’s heart is to physically attack her and violate her consent. To rub salt into the wounds already inflicted by this stand, Ajmal dares to equate their relationship with Karuthamma and Pareekutty in Chemmeen in a scene that is evidently shot as an ode to that great classic. That hurts.

Kamal’s last film Aami was bogged down by its hesitation to go all out in its critique of the sensitive topics it had chosen to take up, but this one travels in the opposite direction: it is an all-out insensitive film.