I can imagine that this film must have sounded remarkable at the concept level: a father re-discovers his three daughters after his wife passes away. To any listener, it also sounds remarkable at the casting level: an iconic leading lady of 1960s & ’70s Bengali and Hindi cinema, playing a starring role in a film with her actress daughter for the first time. But it’s never about the concept, casting and storyline alone. There’s that not-so-minor matter of screenplay and direction? Life Goes On fails to score on either front. 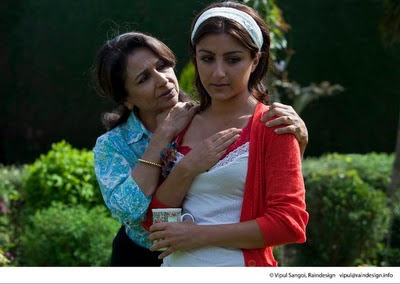 Sharmila Tagore and Girish Karnad play Manju and Sanjay Banerjee, a wealthy, elderly Bengali couple in Britain who’ve clearly spent a very happy life together. She’s a singer and guardian of his home; he’s a doctor. Their daughters are a diverse trio. The eldest is Lolita, a home-maker who’s given up her career for her two children while her work-obsessed British husband takes her for granted. Tulika is a TV journalist with aspirations to being a sports reporter, who would choose job over family on most days, and lowers herself further in the eyes of her conservative community by being a lesbian. The youngest – stage actress Dia (Soha Ali Khan) – is dating a Muslim boy, much to the chagrin of her Islamophobic father who’s still haunted by memories of post-Partition violence in India. And then there’s the family friend played by Om Puri who hides a secret that could destroy their fragile ties.

There’s so much that writer-director Sangeeta Datta could have done with this basic material. But when the only well-written lines in a film are passages from memorable classics, then you know there’s a problem. Life Goes On is steeped in Rabindranath Tagore. Dia quotes a Ritwik Ghatak film in conversation. Manju writes in her journal: “Your children are not your children. They are the sons and daughters of Life’s longing for itself.” But that’s really not her, of course; that’s Kahlil Gibran’s The Prophet. And mommy’s motto for the family – “Life goes on and this world keeps on turning” – comes, as you know, from the song For the good times.

The film is largely in English with a smattering of Bengali, and suffers from the bane of most Indian English films: this is just not the English we Indians speak. The dialogue delivery is as stilted as the writing and the only one who gets by passably is Khan, possibly because she speaks a certain propah English in real life too, much more than the rest of the cast. Karnad delivers perhaps the worst performance of his career in Life Goes On. And Om Puri seriously risks his reputation as a thespian with this film. 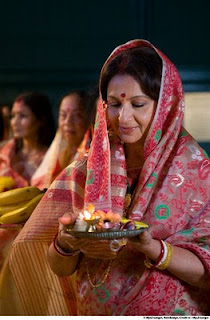 The lighting in the indoor scenes is of poor quality and does particular injustice to Soha. In fact, the only one who comes off looking good here is pretty Neerja Naik playing Daughter No. 2 Tulika. But what in the name of heaven was Datta thinking when she gave the rather regal Sharmila Tagore top honours in the credits and then reduced her to little more than a series of flashbacks where she sings or walks elegantly through gardens?

But what worked the least for me in this film were the repeated efforts to draw a parallel between the Banerjees and Shakespeare’s King Lear. In the original play, Goneril and Regan are liars who ingratiate themselves with their father to win his kingdom after which they ill-treat him, while his youngest child Cordelia continues to stand by him even though he disinherits her for her plain speaking. The comparisons in Life Goes On are contrived and ineffective because … well, for god’s sake, every old man with three daughters is not a Lear!

It feels sad to say this because Life Goes On starts off rather nicely. The comfort levels between Manju and Sanjay are quietly though firmly established; the director’s decision not to show Manju’s actual death was well taken; and the first few hours after her passing away are played out very realistically. But it turns out that well begun is not always half done. And in the ultimate analysis, Life Goes On is a lifeless film. As we watched it, a friend seated next to me was reminded briefly of that recent, poignantly low-key British film Another Year which took us through one year in the life of a happily married elderly couple. But there’s a difference between under-stated and dead. Life Goes On is like the lustless, listless kiss that Soha’s Dia shares with her boyfriend Imtiaz on screen. It lacks passion. And it’s a bore.