It’s time to announce the results of the second poll on my blog. This one was pegged on the release of Rajkumar Santoshi’s Phata Poster Nikhla Hero starring Shahid Kapoor and Ileana D’Cruz.

The question I asked was:


WHICH OF THESE COMEDIES BY DIRECTOR RAJKUMAR SANTOSHI DO YOU LIKE THE MOST?

Here’s how you voted:

76% of you voted for Andaz Apna Apna as the best of the three films listed. AAA, for those of you who are too young to recall, was released in 1994 and starred Aamir Khan, Karisma Kapoor, Salman Khan and Raveena Tandon. 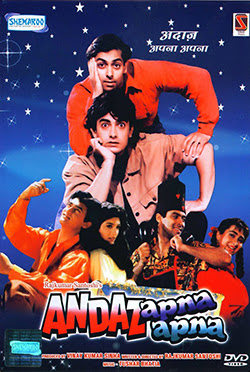 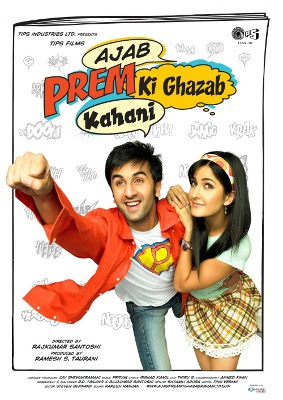 8.5% of you voted for Phata Poster Nikhla Hero. 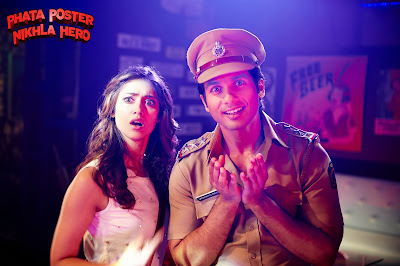 Some of you pointed out last time that my poll-related posts will be incomplete unless I tell you how I myself would have voted in the poll. Fair enough. Here’s your answer:


My first choice: Andaz Apna Apna – I find myself laughing even now when I catch snatches of that film. I also can’t help but wonder if any Hindi film director will ever again manage to get Salman-Aamir or for that matter any of the two Khans together in one film.

My second choice: Phata Poster Nikhla Hero – Yeah yeah, I know some of you want to shoot me for this, but what can I say? I enjoyed PPNH. It slowed down in the second half but for the most part I found it funny, I thought Shahid was a delight, his versatility was enjoyable plus it was clean.

My third choice: Ajab Prem ki Ghazab Kahani – I’m not in love with this film. From the collections of APKGK and PPNH, it’s clear that a much larger section of the audience embraced the former. Well, I must beg to disagree. This film was nice in places, the songs were lovely, I did enjoy it’s deliberately stage-sets-like look and of course as always Katrina Kaif & Ranbir Kapoor were easy on the eye, but it didn’t keep me engaged throughout.

So it turns out that with PPNH and APKGK I differ from voters on this blog, but I’m totally with the majority view about AAA.

Incidentally, this blog post made me ask myself: what’s my all-time favourite No. 1 Hindi film comedy? Such questions are always hard to answer because “all-time” is such a long time, but I do know that the first film coming to mind the moment I hear the question is Jaane Bhi Do Yaaro. Every single time I watch excerpts of the film I die laughing and then have to be born again. Oh for a film maker who could give us such quality once again! Sigh!

Signing off now. The next poll is already up - check the right-hand-side panel on this blog. Do vote. But first, here's a tip: like I always tell my students, READ THE QUESTION CAREFULLY! :)

Posted by Anna MM Vetticad at 1:25 AM