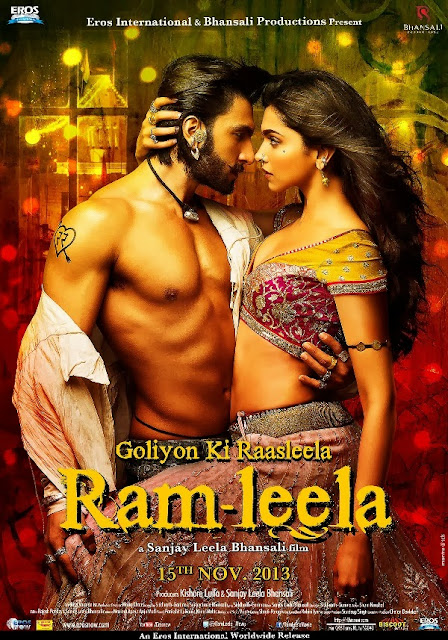 In the male-dominated Hindi film industry, it’s tough enough for a woman to get substantial roles in commercial films. For her to be an equal partner to her hero in three films in a row in a single year is almost unimaginable. In 2013 though, Deepika Padukone made the unimaginable possible. Not counting her turn as an insubstantial glamour doll in Race 2, this has been a fantastic year for her as an actress. She stood shoulder to shoulder with the leading men in Yeh Jawaani Hai Deewani, Chennai Express and Goliyon ki Raasleela Ram-leela, walking away with acting laurels in each of the three while all three ended up being massive box-office successes.

The question I asked you in the poll though was this:

TAKING INTO ACCOUNT STAR PERFORMANCES FROM BOLLYWOOD IN THE BOX-OFFICE SUCCESSES OF THE PAST YEAR, IF DEEPIKA PADUKONE WAS TO BE GIVEN THE BEST ACTRESS AWARD FOR 2013, WHICH FILM SHOULD SHE WIN IT FOR?
Here’s how you voted:

49% of you chose her performance in Ram-leela

21.5% voted for her in Yeh Jawaani Hai Deewani

Before I pick my favourite of Deepika’s performances in these three films, let me remind you of what I had said in my review of each of these films back when they were released:

Deepika in Ram-leela: “…Ranveer and Deepika are perfect for their roles, both comfortable in their characters’ unabashed lustfulness, both capable of pulling off the dialogues occasionally written in verse (this perhaps being another of Bhansali’s bows to the Bard). Their chemistry is not quite in the league of Hrithik-Aishwarya or Kareena-Hrithik, but it’s pretty darned close. She looks impeccable in her gorgeousness. He looks a tad over-muscled in his opening scene, but is otherwise an eyecatcher as well. Their performances are so spot-on that it’s impossible not to laugh and cry with them…” 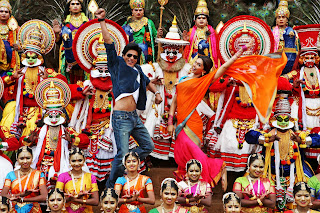 Deepika in Chennai Express: “…If the preceding paragraph suggests in any way that Meenamma is a pushover or Deepika’s role is subordinate to Shah Rukh’s in this film, you’ve read that wrong. Meenamma is a woman who strains at her chains every step of the way. And Deepika sustains her comic timing from start to finish in Chennai Express even when SRK’s Rahul gets repetitive in the second half. After the emotional roller-coaster she pulled off in Yeh JawaaniHai Deewani, here’s another thumbs up for Ms Padukone, this time in a vastly different role. SRK lives up to his promise – made in a beverage ad – that from this film forward his heroine’s name would appear before his in the credits, which as we all know is a break from MCP Bollywood’s norm. Now that’s a condescending piece of tosh if your heroine is playing fifth fiddle to you as is the case with most Hindi films (and certainly Rohit Shetty’s own last two, Bol Bachchan and Singham), but in Chennai Express Deepika is an equal partner to her hero, as she has been in most of her films so far. Hopefully a day is not far when a leading lady does not have to depend on a leading man’s largesse to have her name placed in the credits where it should rightfully be. Until then, here’s another small milestone to celebrate…”

(For the full review of Chennai Express, click here) 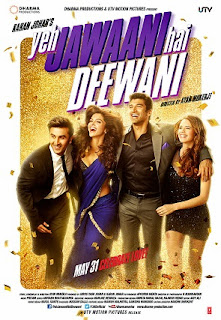 Deepika in Yeh Jawaani Hai Deewani: “…YJHD’s young leads bring a natural ease to their performances though Deepika is the scene stealer of the lot. She also happens to have a fantabulicious figure – slim yet not skinny, so tiny waisted yet so curvaceous – that’s driven me insane with jealousy…”

As you can see, I thoroughly enjoyed her performances in all three films. Which would I pick to give her a Best Actress Award though? I have to admit that I struggled to choose between Chennai Express and Ram-leela, but finally picked Chennai Express. Reason: because I believe comedy is one of the toughest yet most underrated genres for an actor and we rarely give acting trophies for it, plus Deepika in this film managed to be hilarious without giving us the cliched, nauseating, over-the-top, stereotypical portrayal of the “Madrasi” that was so prevalent in Bollywood up to the 1980s. In Chennai Express she re-invented the Bollywood south Indian in an inoffensive fashion and had us rolling in the aisles laughing in the bargain. Coming a close second for me is her performance in Ram-leela, Sanjay Leela Bhansali’s operatic, deliberately stage-like film in which she could very well have gone over-the-top but did not. As for Yeh Jawaani Hai Deewani, no doubt she was excellent in it, but I place the film at No. 3 on my list because we’ve seen her deliver performances of a similar calibre in the youth romance genre before.

Here’s a prediction though: I suspect that if Deepika does win Best Actress at all the major film awards functions of 2014, juries and audience voters (just like a majority of this blog’s readers) will give it to her for Ram-leela and not Chennai Express, for the reason I cited above.

So there you go, another poll in which I disagree with the majority choice here. We can debate this till kingdom come. Up next is my take on Poll Question No. 6: Why do you think a Bollywood film starring Shah Rukh Khan, Aamir Khan and Salman Khan together as the leads has not yet been made?

A new poll is already up (check right-hand-side panel). Do vote.