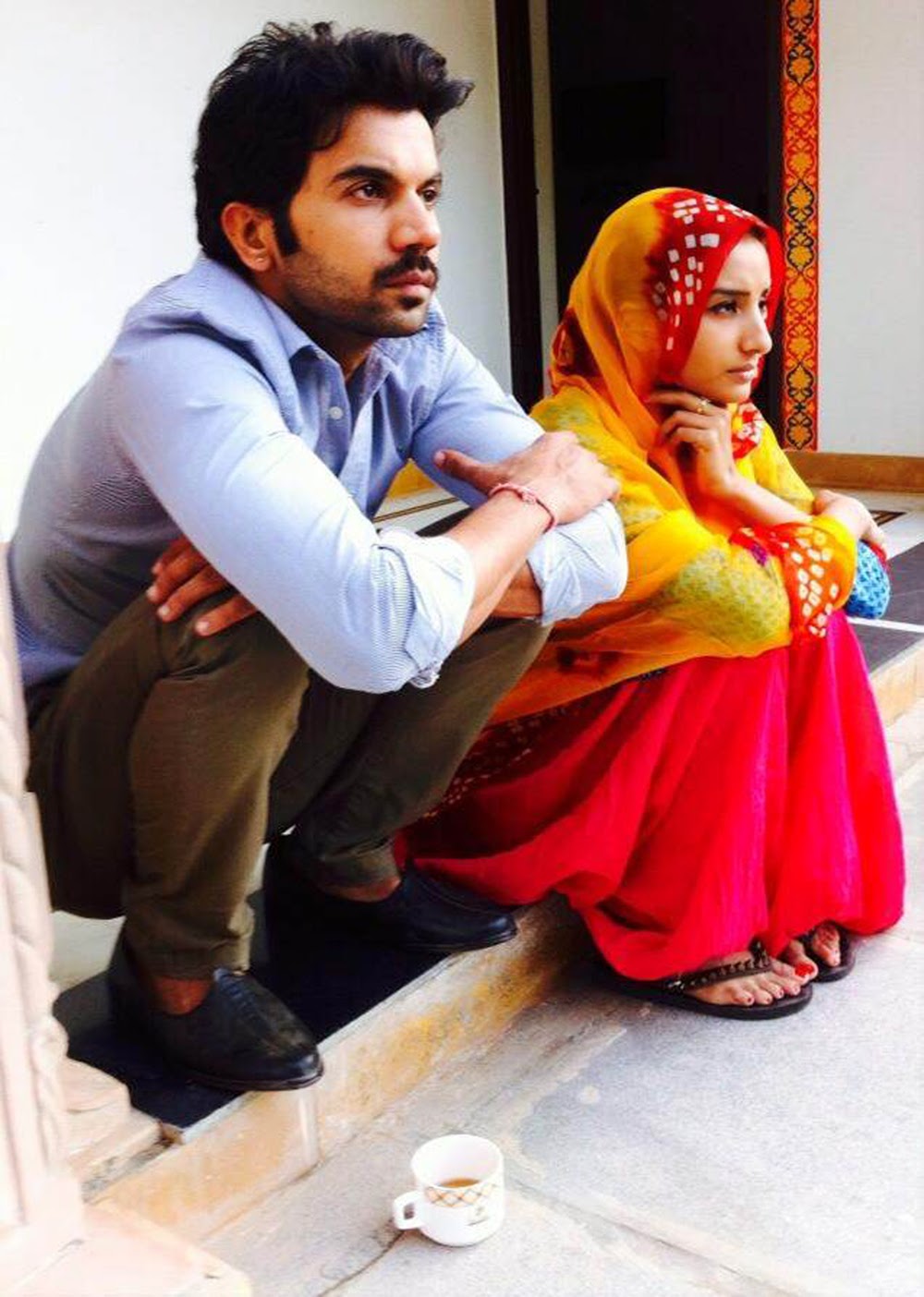 Is integrity a luxury only the well-off can afford? Or is it one of life’s basic necessities? Hansal Mehta’s Citylights throws up these questions as it tells the heart-rending story of Deepak Singh (Rajkummar Rao, earlier known as Rajkumar Yadav) who brings his wife (Patralekha) and little daughter to Mumbai, to escape their difficult lives in Rajasthan – because in Mumbai koi bhooka nahin sota, or so he’s heard.

Citylights is the official Hindi remake of Metro Manila, which was Britain’s entry in the Best Foreign Language Film category for Oscars 2014. The neatly Indianised Bollywood version – with a screenplay by Ritesh Shah – is co-produced by Fox Star Studios and Vishesh Films. It’s nice to see the Bhatt family banner doing a legitimate remake of a foreign film, instead of sneakily lifting as it has done with impunity so many times in recent years. Nicer still to see them depart from the jisms and unabashed spice that are now their staple, to return to the grit and reality that was once their mainstay. Most of all, it’s lovely to see Mehta and Rao teaming up once again, so soon after the legal drama Shahid deservedly earned them this year’s National Award for Best Director and Best Actor.

Little people getting swallowed up by the big bad city has been a favourite theme in Bollywood since the beginning of time. What Mehta brings to the story is a searing sadness, a smooth transition into suspense thriller mode towards the end, and wonderful performances all woven into a film that draws occasional smiles despite its grimness.

Ironically, Mehta’s film shares its name with the 1931 romantic comedy directed by and starring Charlie Chaplin as a tramp in love with a poor, blind flower seller who mistakes him for a millionaire. Chaplin’s City Lights is a world away from Bollywood’s 2014 Citylights, although extreme poverty forms the backdrop for both stories.

Rao has completely invested himself in the role of the painfully innocent Deepak who is a far cry from the confident human-rights lawyer he played in Shahid. His Deepak is a man you desperately want to protect as he hugs his knees to himself, falters while trying to cross a scarily crowded street, can barely look in his wife’s direction when he sees her for the first time at work in a dance bar, clashes with her in a drunken state and finally reveals his gradually wilting spirit. His standout moment though comes during a job interview when he mechanically rattles off a joke to please a potential employer, in one of the film’s most memorable scenes. If ever there was a babe in the woods in Hindi cinema, it is Rao’s Deepak Singh.

Having said that, for me the star of Citylights from among a spotless supporting cast is the very attractive Manav Kaul. This theatre and film actor-director played Omi’s politically ambitious, communal Bittu Mama in last year’s Kai Po Che. Here he is Deepak’s mentor at an armoured transport firm; a charming, smooth-talking fellow who does not realise that he too is a pawn in the hands of the bustling metropolis. Kaul is naturally gifted and knows how to play with his striking eyes. It would be nice to see him more often in larger roles on screen.

As it happens, the most compelling scenes in Citylights – best written, best directed and best acted – are the ones featuring Rao and Kaul together. The film is not without its failings though. The writing of Deepak’s wife Rakhi is weak and she feels like a distant figure almost throughout. This is a major lacuna, considering that Rakhi and their child are the centre of his existence. Besides, in the few scenes that don’t gloss over her, newcomer Patralekha shows that she has the acting chops to have handled a more meaty character. The daughter is given such short shrift that she almost seems like a mirage.

The film also slips up in its use of music. Mehta’s otherwise matter-of-fact storytelling style enhances the appeal of this intrinsically moving story; the music, however, occasionally feels like an effort to emotionally manipulate the viewer. To be fair, Citylights has some beautiful songs by composer Jeet Gannguli that are great as standalone numbers. In fact, Muskurane ki vajah tum ho in Arijit Singh’s haunting voice is on repeat play on my laptop as I write this review, but within the film the songs end up hampering the narrative in places.

That being said, long after the music has faded and the credits have rolled past, it’s hard to shake off the wretched despondency that Citylights leaves in its wake. It’s impossible not to picture yourself in the Catch-22 situation the hero finds himself in, to wonder what you might have done. The twist in the end, authored by a character who seemed incorruptible at the start of the film, is enough to induce a lingering ache even in a heart of stone. “How far will you go for the love of your family?” are the words flashing on screen during the trailer. The answer comes in the form of a very affecting, powerful film.

Posted by Anna MM Vetticad at 9:31 AM