(This article by Anna M.M. Vetticad first appeared in The New Indian Express in June 2011) 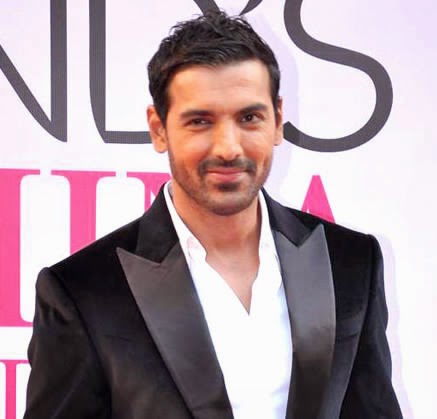 “Sach bolne waale fairness creams… so rare na?” says Genelia D’Souza in the Garnier Light ad.
Fairness creams that speak the truth… rare, aren’t they? And what about fairness cream ads? In an India where the educated classes are increasingly demanding a social conscience and accountability from their stars, celebrities these days face an interesting dilemma when they agree to be the face of a fairness product. After all, it’s not easy trying to position yourself as a sensitive and liberal star when the product you endorse cashes in on the widely prevalent prejudice against dark skin in our country.
That should explain why it took a half-hour conversation and persistent questions to get Genelia to even partially acknowledge that she’s endorsing a fairness cream for Garnier.
Question: If a consumer asks you if your product is a fairness cream, what would you say? Answer: “I’d say exactly what I say in my ad.”
In your ad you say: Sach bolne waale fairness creams, so rare na? “But where am I saying that you are dark so use this and you are gonna get light?”
But if you call it a fairness cream, what else will the consumer understand from the ad? “There are certain things that advertising does and you can decide saying you’re doing something wrong and you’re doing something right...”
Who said you are doing something wrong or right? But is your product a fairness cream? “I don’t know. You will have to speak to the agency.”
Can’t you tell us: is Garnier Light a fairness cream? “I don’t know about that. I don’t know why you are cancelling off the moisturiser part very conveniently. It’s Garnier Light Moisturiser. I’m saying if it has a quality of making your skin look fairer or brighter or whatever, it’s probably part of the thing. I, as an endorser, am saying, at times your skin gets dull so use this because it’s a moisturiser.”
Genelia is not alone. John Abraham – who endorses Garnier’s fairness moisturiser for men – insists that “in India, fairness means removing blemishes”. And Priyanka Chopra who earlier endorsed Pond’s White Beauty and now backs a rival fairness product has famously said that Pond’s White Beauty “doesn’t lighten the skin, it brightens the skin”.
In an India where standards of political correctness are changing, clearly these stars are torn between the large sections of their fan followings who use fairness creams; and another section that accuses them of being racist, colour prejudiced and socially irresponsible when they endorse these products.
“The fact that these stars seem to be going through a dilemma is a positive sign for me. I thought once they got the money they didn’t care about anything else. I’d be worried about the celebrity who’d tell you he doesn’t care and that if there’s a demand there will be a supply,” says ad filmmaker Mahesh Mathai, who tells us he’s turned down several offers to direct fairness cream commercials through his career because he finds the concept of these products unethical.
Mathai’s words are in contrast to the stand taken by R Balki, chairman and chief creative officer of the ad agency Lowe Lintas (India) whose client roster includes market leader Hindustan Unilever, producers of Fair & Lovely. 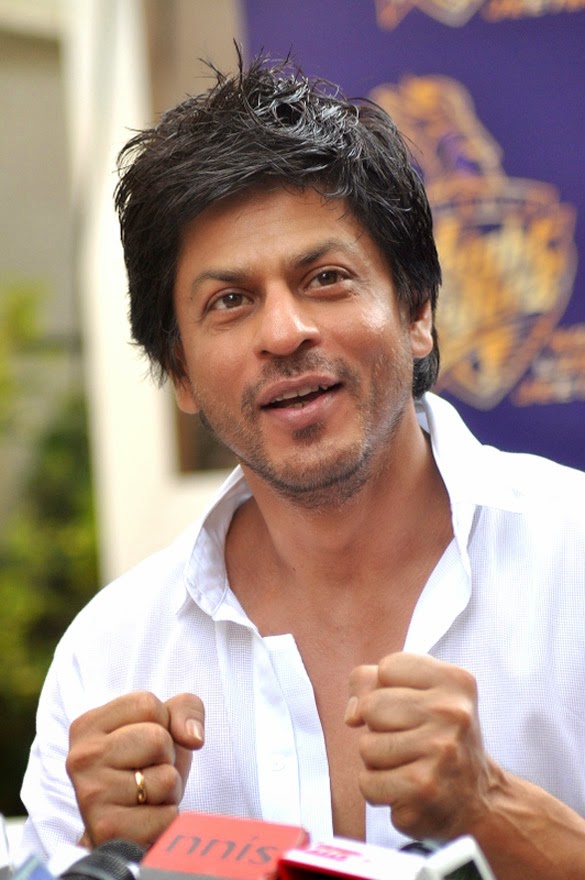 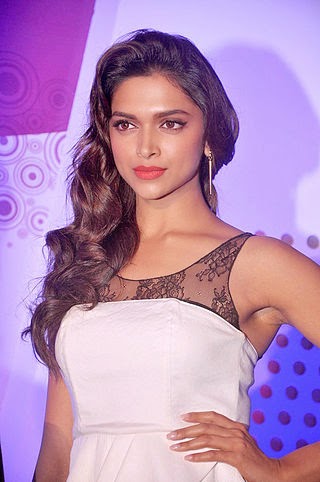 With so much baggage accompanying these products, it’s clear that the fairness creams industry needs to offer incredible sums of money to filmstars to bring them on board. While SRK remains the highest paid of the lot, Abraham gets anywhere from Rs 2-3.5 crore a year for an endorsement, Priyanka Chopra and Deepika Padukone are paid in the range of Rs 2-3 crore per annum (Deepika endorses Johnson & Johnson’s Neutrogena skincare range that includes its Neutrogena Fine Fairness cream), Shahid Kapoor (Vaseline’s whitening advocate) earns Rs 2-2.5 crore, Sonam Kapoor gets Rs 1.5-2 crore and the figure for Genelia is Rs 1.5 crore.
There is another irresistible benefit for these stars. Intense competition in the fairness products market ensures that consumers are bombarded with ads at every turn, which translates into high visibility for brand ambassadors. So as long as there are professional rivalries in the film industry, Indian stars will continue to endorse fairness products (for exceptions, scroll to the bottom of the article ).
And so if Asin – a darling of south Indian cinema buffs – has been the face of CavinKare’s Fairever Fairness Cream, then it’s perceived as a major upset when arch rival Trisha Krishnan replaces her. If Bollywood’s baby-faced youth icon Shahid Kapoor has entered the fray, then can his industry junior Neil Nitin Mukesh afford to be far behind? Neil, who is now associated with Emami, does not know yet which product he will be endorsing, but is not disconcerted at the prospect of Fair and Handsome. “Where there is a demand, there is a supply,” he says with a nonchalance that some people may find disturbing but is at least uncommonly frank in this scenario. “If you want bad films you will get bad films. And if using a fairness product makes someone feel better about themselves, then why not?”

But perhaps his equanimity would be dented if he googled a fellow celebrity endorser with the key words “Virat Kohli fairness creams ad”. Topping the search results is this tweet by a girl called @Supreeka a.k.a. Chocoholic: “Virat Kohli has done a fairness cream ad???? Okay my heart just broke:(.”
(Anna MM Vetticad is the author of The Adventures of an Intrepid Film Critic. Twitter: @annavetticad)
AFTERWORD: The Stars Who Said ‘No’ 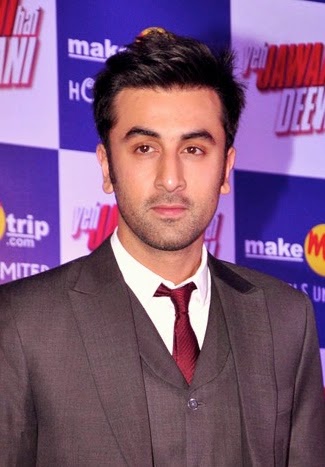 Hindi filmstars who say no to skin ‘whiteners’ are treading a fine line in their community. After all, no one wants to offend colleagues, friends and relatives in the industry who are endorsing such products. That’s perhaps why Ranbir Kapoor is not particularly anxious to tomtom his stance that he will never lend his name to a fairness cream. But earlier this year he quietly rejected an offer from a major manufacturer simply because he doesn’t believe in what the product stands for.
Bipasha Basu has negotiated this tricky situation with admirable finesse. Her just-recently-ex-boyfriend John Abraham has been the face of cosmetic giant Garnier’s men’s fairness cream for a while now, but that has not deterred the gorgeously and unapologetically olive-skinned Bipasha from consistently rejecting the advances of fairness product makers. 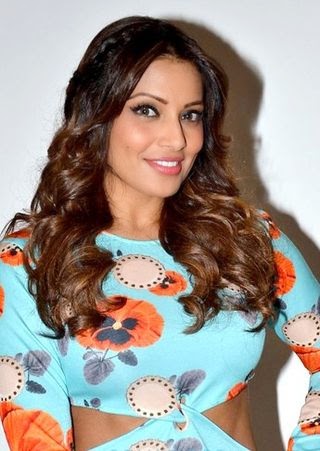 Says a source close to Bipasha: “There have been not just one or two, but several offers over the years. Bipasha has always refused. She believes we are all beautiful the way nature made us and we should accept ourselves that way.” Fans would expect nothing less from this beauty and fitness icon who has chosen the brand name “BB Love Yourself” for her fitness videos and clothing range.
Bipasha and Ranbir are not merely grandstanding to make waves. Considering that Bipasha earns Rs 1-1.25 crore and Ranbir gets Rs 4-5 crore for a year’s commitment to a brand, their anti-fairness-creams stance has cost them big money. But it is just as attention-worthy that Abhay Deol says he’ll never endorse a fairness cream, even before he’s been approached to do so. Reason? These stars are rare phenomena in an India where actors – unlike their counterparts in the West – usually avoid taking positions on controversial social and political issues, unless they’re keen on alternative careers in politics.
Bipasha is the face of 14 products right now. And Ranbir currently endorses Docomo, John Players, Pepsi, Panasonic, Hero Honda and Nissan Motors, a list he pointedly restricts to six because “it’s a big responsibility, it’s not just a money thing. You have to be careful, you have to believe in it, you have to be honest to what you’re endorsing.”
Dated: June 2011
Photographs courtesy:
(1) http://en.wikipedia.org/wiki/Shah_Rukh_Khan
(2) http://en.wikipedia.org/wiki/Deepika_Padukone
(3) http://en.wikipedia.org/wiki/John_Abraham_(actor)
(4) http://en.wikipedia.org/wiki/Virat_Kohli
(5) http://en.wikipedia.org/wiki/Bipasha_Basu
(6) http://en.wikipedia.org/wiki/Ranbir_Kapoor


Note: These photographs were not used in The New Indian Express
Link to original article:
http://www.newindianexpress.com/magazine/article446421.ece
Posted by Anna MM Vetticad at 6:03 PM