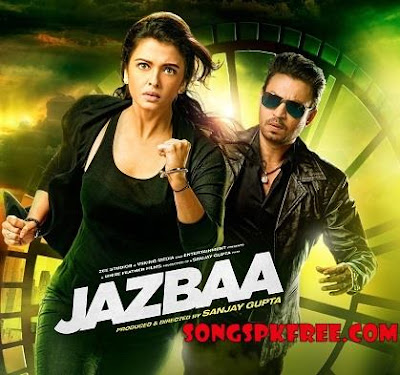 Fly-by-night feminists are India’s latest social trend. They’re the ones who have no particular commitment to women’s rights or may even be closeted misogynists, but mouth what they consider politically correct lines anyway, because feminism is the fad of the day.

How can you tell that they are not committed? That’s easy. Because liars and fakes almost inevitably inadvertently reveal their true colours through their own words.

It’s this fashionable fake feminism that produced that silly, mixed-up Vogue Empower commercial featuring pretty visuals of Deepika Padukone and other women flashing by with a pretentious voiceover defending, among other things, a wife’s right to cheat on her husband. Umm, would the commercial makers have publicly defended a man’s right to cheat on his wife?

Jazbaa, a remake of the South Korean film Seven Days, is born of this trend. After 20 years of depicting women as nothing but sexy bodies and glam objects in a world run by men, director Sanjay Gupta is now advocating women’s rights. He fails to mask his true convictions though.

So, while Jazbaa’s central character is a strong woman, he reassures his traditional audience that all’s well with their world by ending on a tight close-up of a supporting male character as he explains why he let the woman he loves walk away. “Arrey, mohabbat hai isiliye toh jaane diya,” he says, “Zidd hoti toh abhi baahon mein hoti,” which roughly translates to, “She’s my love, that’s why I let her go. If she was a mere obsession she would have been in my arms now.” Her own agency be damned. Not surprisingly, the predominantly male audience in the hall where I watched this film cheered at this line, after having watched the previous two hours in silence.

Jazbaa makes all the right noises about rape, with a victim’s mother telling a lawyer that what she did in open court was no different from what the rapist did to her daughter in a closed room. At the same time, the film needlessly keeps replaying the rape scene under the pretext of adding a new piece to the puzzle each time, though in truth only one revelation is made through all those retellings. If the depiction of that scene had been more explicit, I suspect the mood in my local theatre may have been more jubilant. As it happens, this is Sanjay playing at being a feminist, so he does not go all the way on that front either. The result: it is neither all-out sleazy nor sensitive.

Jazbaa also appears to make the right noises about female foeticide, but a conversation about a  son-obsessed husband asking his wife to abort a female foetus sounds discomfittingly close to being anti-abortion as much as it is anti-sex-selective-abortion. The film is also irritatingly conventional in its deification of mothers and its dismissiveness towards paternal love. Wish Team Jazbaa had given more thought to its messaging on such crucial, complex issues.

The story is  about an extremely successful lawyer called Anuradha Verma (Aishwarya Rai Bachchan) who has no qualms about defending the scum of the earth, as long as they pay her fee. Anuradha is a single mother. One day her little daughter Sanaya (Sara Arjun) is kidnapped by a stranger who demands as ransom that she should fight to free a man called Niyaaz (Chandan Roy Sanyal) who is on death row for raping and murdering a young artist called Sia (Priya Banerjee).

Anuradha has just days to cobble together a credible defence. She is assisted in this by her friend and secret admirer Yohann (Irrfan Khan) who has been suspended from the Mumbai Police on corruption charges. Other players in this script include Sia’s mother Garima Choudhry (Shabana Azmi), her lawyer (Atul Kulkarni) and a politician called Mahesh Makhlai (Jackie Shroff).

In this sea of usually wonderful supporting actors, the only notable performance comes from Irrfan who has the panache to pull off the dialoguebaazi his character is endowed with. Besides, he is so charming that it’s tough to be angry even when he utters that final bombastic line.

Aishwarya immerses herself in the role, and for the most part is impressive as Anuradha. She also looks stunning and appears comfortable throwing punches in a scene where she confronts a villain. Too often though she confuses emoting with screaming out loud. There is one moment when she briefly spots her abducted daughter, and wails and wails and wails in a scene that is so elongated and then later repeated that it is evident the director was impressed with it. In fact, it’s her low point in the film, especially since Irrfan enters the picture at the end of the replay and has his own emotional outburst – in one fell swoop, he overshadows her as a performer. Still, hats off to her for having risked appearing in the same frame as one of the country’s most gifted actors. Besides, Ash does feisty nicely and I enjoyed her eloquence in Jazbaa’s courtroom.

It’s confused philosophy notwithstanding, Jazbaa is well-paced and often engaging till the last 15 minutes when too many twists pile up. Yes, one pivotal revelation comes as a surprise, but if you think about it, the plot makes no sense and is riddled with loopholes. For instance, if you are a famous person who does not want your connection to a crime to become public, why would you sit in the audience in court during the trial? If not to manipulate us, why would a major character’s face suggest that a person is dead, when he could not have thought so?

And then there are questions that reveal the big zero that is the film’s plot: If a lawyer is unscrupulous enough to take up any paying case, why bother with a convoluted scheme to get her to take up yours? Even if you don’t want her to know that you are paying for Niyaaz’s defence, could you not have sent someone to front you and hire her services directly?

All the megawatt casting, stylish camerawork and blue-gray tints in the world cannot alter the fact that when it comes down to brass tacks and a scrutiny of the climax, Jazbaa is a hollow film.

Footnote: I didn’t notice whether they got their opening credits right, but Aishwarya’s name is misspelt – as Aishwariya – in the closing credits. Perhaps viewers will forgive this lack of finesse, I don’t know, but I’ve been a sub-editor and such carelessness just kills me.
Photograph courtesy: https://www.facebook.com/JazbaaFilm