All Hail The Violators of Women

What kind of men cheer with delight in theatres as women are insulted, irritated, hit, harassed, stalked and even raped, in films across Indian languages? 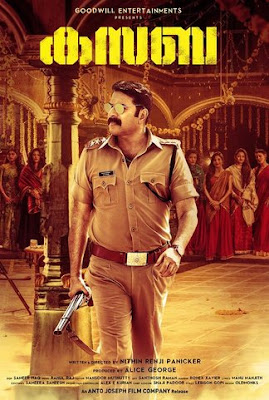 Over a week after the release of the Hindi film Sultan, in which Salman Khan’s titular character acts like an immature ass in his bid to woo Aarfa (Anushka Sharma), I sat in a Gurgaon movie hall watching the Malayalam film Kasaba starring Mammootty and Varalaxmi Sarathkumar.

Mammootty plays Kasaba’s Circle Inspector Rajan Zachariah, a misogynist who might make Sultan’s asinine misbehaviour seem, to some people, unworthy of comment. Zachariah brooks no nonsense from women. In an early scene, he encounters a young female IPS officer who is intrigued by his reputation for cockiness. Her way of expressing interest in him while simultaneously asserting her authority over him is to unbutton her shirt, then walk up to him and chide him for smoking at a police station and failing to salute her, his senior by rank. When Zachariah is called away by someone, he stubs the cigarette and hands it to this policewoman, instructing her to “throw it away somewhere”. “F*** you,” she replies as he takes off. He shoots back, “Nokaam (Let me see),” implying that he may indeed do the deed with her. He then walks back, grabs her by the belt, pulls her towards him and, as they stand groin to groin, says: “Madam, pardon me for not saluting you. I’ll make it up to you. And I bet, you will walk wrong for a week.” (Dialogue quotes confirmed with Kasaba’s writer-director Nithin Renji Panicker due to conflicting interpretations by various activists and critics.)

It does not take a high IQ to understand that Zachariah is, at best, contemptuously assuring her of a session of rough sex or, at worst, threatening rape.

All around me in that hall, men erupted in whistles and claps as their Mammuka uttered that dialogue, thus putting a darned woman in her place.

Me? My stomach was churning in disgust. Their howls of joy reminded me of numerous other similar occasions in other theatres over the years. 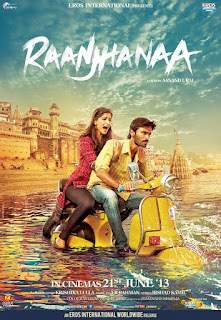 There was Abhay Deol as the supposedly virtuous Leftist student neta in the Hindi film Raanjhanaa (2013), briefly roughing up Sonam Kapoor’s Zoya to punish her for her sharp tongue. Hurray!

There was Irrfan Khan’s Vikram treating his wife (Rimi Sen) as a house slave in Thank You (2011). Loud applause at every single instance of husbandly nastiness.

There was Shivudu (Prabhas) forcibly disrobing and dressing Avanthika (Tamannaah) in the Telugu Bahubali (2015), in a blatant symbolic representation of romanticised rape. Wheeeee!

What kind of men cheer with delight in theatres as women are insulted, irritated, hit, harassed, stalked and even raped, in films across Indian languages?

The easy answer: misogynists. But that would be simplistic. These are not mere women-haters. These would most likely be men who are getting increasingly uncomfortable with feminism, the strides women are making in all spheres of life and the resultant loss of male privilege that could, at one time, be taken for granted.

In that sense, feminism in India is sitting on many ticking time bombs of suppressed male rage, while many more others have been exploding across the country. The manifestations are manifold, from the relatively mild act of hailing violence against women in films to increased aggression towards women in personal, social and professional interactions, online abuse of female (and male) feminists, and physical — including sexual — violence.

India is not alone. In a 2014 article titled “War on Women”, Mark Potok, senior fellow at the US civil rights organisation The Southern Poverty Law Center, wrote of the “manosphere” — “an ugly subculture of websites run by men’s rights activists that is typified by its loathing for women in general and feminism in particular (...) Although these sites and some real-world men’s rights groups certainly have some legitimate complaints about family courts, sexual abuse of men and the like, the tone of many of them is remarkable for its woman-bashing, sex-starved flavor.”

The article was pegged on a killing spree just months earlier in California by 22-year-old Elliot Rodger, whose subsequently discovered Internet postings included a rant quoted in Potok’s essay from a website called PUAHate.com where Rodger called on men to “overthrow this oppressive feminist system” and “Start envisioning a world where WOMEN FEAR YOU.”

Men’s Rights Activists or MRAs in India have long been citing false rape charges and the misuse of the dowry law (both genuine problems, though not on the scale they suggest) to claim all-round male victimhood.

Films, they say, are a reflection of the societies they emerge from. Well, so are film audiences. It is proof of an audience brimming with antagonism towards women that three of the four aforementioned misogynistic films are hits.

Still, there is a silver lining to this depressing cloud. When I interviewed him earlier this week, Kasaba’s debutant director Panicker informed me regretfully that although his film smashed several box-office records in its opening days, the charge of misogyny against it — raised by critics and the Kerala Commission for Women chief K.C. Rosakutty — could hamper its longevity in theatres by keeping women and families away. He also admitted: “Though 75 per cent of the feedback I have received has been positive, 25 per cent has come from men and women who did not like Rajan Zachariah’s behaviour with women.” No doubt that is bad news for him. It is good news, though, for those who do not see humour and coolth in animosity towards one half of humanity.

(This article was published in The Hindu Businessline on July 23, 2016)

The Rape of Avanthika / Column published in The Hindu Businessline: