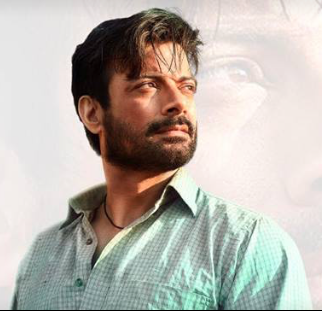 The workers at Apollo Chemicals, a chromium sulfate factory in Gujarat, are falling like ninepins. Many have developed respiratory disorders and ulcers, others cancer, some have died as a result. The head of their union is indifferent to their plight since he has sold his soul to the management. As more men succumb to the unsafe conditions in which they operate, another leader emerges from their midst. Reluctantly at first, and then more decisively, Jay Gohil (Rahul Bhat) takes it upon himself to ensure that his colleagues get justice and Apollo is set in order.

India-born, Canada-based director Sanjay Patel’s Union Leader goes where few Hindi films have bothered to tread in the past two decades: to the area of workers’ rights, once the favoured destination of parallel cinema and the pre-1990s mainstream. Union Leader’s strength is that it is committed to its cause, it seems to have some knowledge about the inner workings of a chemical factory and its weight rests on the capable shoulders of Rahul Bhat, an actor of tremendous talent who has inexplicably been largely ignored by mainstream Bollywood.

Bhat was fantastic in Anurag Kashyap’s underrated 2014 film Ugly. Here in Union Leader, he brings an X factor to his performance that rises above the limitations of the screenplay. Even before we are told that Jay is in physical pain, it is possible to sense an underlying suffering that he is not revealing to us, to sense that there is more to that furrowed brow than just his worries for his co-workers and his family.

Bhat’s charisma and Patel’s evident good intentions help Union Leader pull through despite the pale writing of several promising supporting characters and the too convenient resolution of the workers’ issues. In truth, labour unions in India are up against the rarely-surmounted combined might of unscrupulous industrialists, corrupt politicians and bureaucrats in addition to double agents in their midst, with their troubles compounded by caste and regional divides. Union Leader fails to convey the extreme complexity of the circumstances in which the country’s poor factory hands find themselves.

In addition to Jay’s colleagues, we are also introduced to his wife Geeta (Tillotama Shome) and teenaged son Harsh (Tirth Sharma). Shome here carries forward her reputation as a dependable actor. Sharma made a mark as the heroine’s schoolmate in Advait Chandan’s Secret Superstar just a few months back, and lives up to that promise here. The warmth in the trio’s equation, Harsh’s fledgling interest in Gandhian values and his influence over his initially cynical father give the film its relatability.

It is also nice that though the screenplay portrays Jay’s journey from hesitation to complete involvement in the workers’ struggles, it does not feel the need to show him metamorphosing into a ferocious sloganeer and orator. He remains, till the end, a low-key man whose fierceness lies entirely within.

Where the film falters is in its exploration of the battles at Apollo Chemicals. In the engaging first half, the conversations between Jay and his co-workers feel real, the actors playing those supporting parts feel not like actors at all and Darren Fung’s music sets a muted mood that serves to highlight the despair and turmoil in their midst. As it progresses though, Union Leader is unable to effectively tap its supporting cast. I wanted to be better acquainted with Jay’s colleagues beyond the realm of their problems that are discussed at length pre-interval, but after the break the writers add little to our understanding of them as persons. This robs Union Leader of the emotional stirrings that should be a given in such a story.

The screenplay by Patel himself and John Winston Rainey is also unable to capture the magnitude of the problem at hand, the years of back-breaking, dispiriting toil that go into procuring workers their rights. This is not to say that the labour scenario is entirely hopeless or that no legislative and judicial battles have ever been won, but that the ease with which victory is achieved is unconvincing in Union Leader. The film’s portrayal of trade unionism is too simplistic then for it to be considered a serious study of the subject or for it to leave a lasting impression.

Still, this is clearly a heartfelt film. Whatever be its weaknesses, the genuineness of Patel’s concern and Bhat’s sincerity make Union Leader watchable.

Posted by Anna MM Vetticad at 1:06 AM