Most inter-community romances in Hindi cinema feature a Hindu man with a woman from a minority community. Is this a coincidence? Or closet patriarchal-communalism at work? 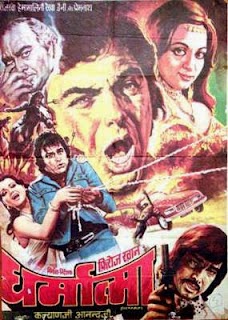 He’s not known for making cinematic references. The past month, though, has been an exception for Uttar Pradesh’s chief minister, Akhilesh Yadav. Taking a potshot at the Sangh Parivar’s ‘love jihad’ campaign, Yadav asked at a public function whether Bharatiya Janata Party (BJP) MP and Bollywood actress Hema Malini was promoting ‘love jihad’ through the Indian-Afghan romance in her film Dharmatma (1975).

Is ‘love jihad’ actually happening? Let’s set aside that question for the moment to examine Yadav’s misplaced choice of film. Statements from the Sangh Parivar and from BJP leaders, in particular, define ‘love jihad’ as a conspiracy to lure Hindu women to Islam by getting Muslim men to feign love for them. In Dharmatma though, it was the man (played by Feroz Khan) who was a Hindu.

Yadav would be hard-pressed to find the reverse happening in any Bollywood film. For the truth is, most fictional inter-community romances in Hindi cinema have featured a Hindu man with a woman from a minority community. Is this a coincidence or closet patriarchal-communalism at work?

The answer comes from real life. Those who speak of ‘love jihad’ always speak in terms of Hindu women (in some cases, Christian and Sikh women) being drawn to Muslim men. Why isn’t a gender reversal regarded as equally worrisome? Primarily because of our society’s deeply patriarchal notions of identity and religion, where a bride ‘leaves’ her family and — in the case of a mixed marriage — even her community, to adopt her husband’s name, faith and people. The resultant loss of a woman to another religious group, especially a much-hated one, wounds the community ego. For people who count the numbers in their fold too, it means a loss because she and her womb (for that is all a woman is worth to some people) are automatically assumed to now belong to the ‘other’. With prevailing proprietorial attitudes, a woman’s ability to choose a partner is considered questionable; her right to choose her partner or her religion is ignored.

In the real world, Hindus, Sikhs and Christians find themselves on the same side of this battle, possibly because (let’s not mince words here) a majority of them view Muslims with fear and even greater suspicion than they view each other. Hindi filmmakers, however, seem focused on offering reassurances to their Hindu audience alone while telling inter-community romantic tales.

Nearly 30 years after Dharmatma, Yash Chopra’s Veer-Zaara (2004) narrated the story of the Hindu Indian boy Veer Pratap Singh (Shah Rukh Khan) and the Pakistani Muslim girl Zaara Haayat Khan (Preity Zinta). Couched in fluttering chiffons was the fact that Zaara moves to India, where the lovers are ultimately re-united. The film was a box-office success, and it’s hard not to wonder how most Indian viewers would have reacted to a mainstream commercial film in which an Indian Hindu girl moves to Pakistan for her Muslim lover.

The Hindu-boy-Muslim-girl liaison was a constant in Mani Ratnam’s Bombay (1995), not a Bollywood film but dubbed from Tamil, Shaad Ali’s Jhoom Barabar Jhoom (2007), Sanjay Leela Bhansali’s Saawariya (2007), Habib Faisal’s Ishaqzaade (2012) and pretty much every fictitious Hindu-Muslim romance that comes to mind.

Not for a moment is this column suggesting that these directors are communal. Evidently though, they are playing it safe to cater to the overt or covert, conscious or subconscious, perceived or real patriarchal-communalism of majority community members in the audience. Clearly, most Hindi filmmakers consider a Muslim-boy-Hindu-girl romance too hot to handle. When they do portray inter-community romances, they opt for subtle populism, reassuring communal viewers — and even non-communal ones weighed down by subconscious prejudices and fears — that they need not worry: ‘our girl’ is not lost to ‘them’; instead ‘their girl’ has come over to ‘us’.

Rensil D’silva’s Kurbaan (2009) was uncommon and seemingly revolutionary in this regard since Kareena Kapoor played a Hindu girl who falls in love with a Muslim (Saif Ali Khan) in the film. Kurbaan even featured a wonderfully frank conversation between the girl’s father and the boy regarding the old man’s reservations about his daughter marrying a Muslim. The scene brought into the open the actual concerns such liaisons would invite in most Indian families. And then Saif’s character turns out to be a terrorist. If you view the film in isolation, that’s perfectly acceptable. If you look at it in the context of Bollywood’s track record in this matter, you will see why the writer here deemed it acceptable — even necessary — to make an exception in this film, and make the woman the Hindu partner in the relationship for a change.

It would be easy to pretend that this trend is a mere coincidence, or to cite exceptions to counter the argument being made, or to accuse columnists of a cynical over-analysis of innocent entertainment. Let’s not be naïve or lie to ourselves, please. Bollywood and its viewers would do well to introspect about the patriarchal-communalism evident in these ‘coincidences’. The last thing this country needs is for its film industries to unwittingly support off-screen bigots.

(This column by Anna M.M. Vetticad was published in The Hindu Businessline newspaper on September 6, 2014)