“CIRCUMSTANCES CHANGE BUT THE MAHABHARAT STANDS THE TEST OF TIME” 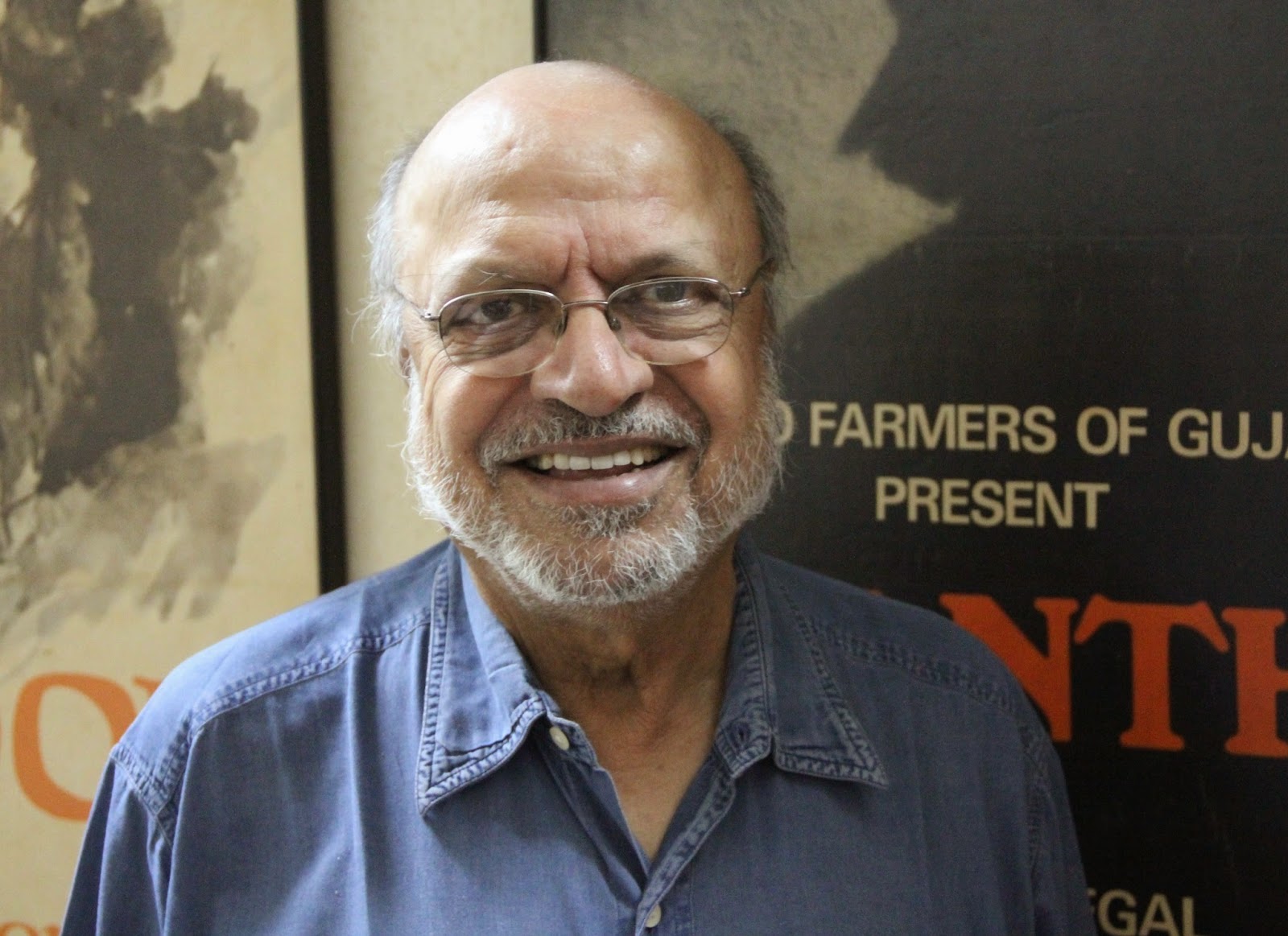 (A shorter version of this interview by Anna MM Vetticad appeared in the October 2014 issue of Maxim magazine.)

In 1974, he stormed into India’s parallel cinema movement with the release of his debut film, Ankur. Its critical and commercial success foreshadowed a brilliant 40-year career in films and television. Having just wrapped up a series on the making of the Indian Constitution for Rajya Sabha TV, he is now moving on to a Punjabi film on the freedom movement in the state and a contemporary Hindi film about love in the time of the Land Acquisition Act. Just months away from his 80th birthday, the Dadasaheb Phalke Award-winning director speaks exclusively to MAXIM about his films, free speech and why he won’t call Shabana Azmi and Smita Patil his ‘discoveries’.
by ANNA MM VETTICAD
Once you’ve released a film, do you tend to re-watch it, and each time think of ways you could have done it better?
No, because it’s no use at all. There’s a time and place for everything. When you make a film, you are making it in certain given circumstances of time, location and so on. Whatever you do, you try to rise above that time by doing it. You want what you’ve created to transcend that time. After you have done it, after the public has seen it, there are lessons to be learnt, but not on the same film. Lessons for the future.

Of your films Ankur, Manthan, Kalyug and Junoon, which one would you say has transcended time, and is most relevant to today’s political and social reality?
One or two films may have done it but, by and large, I don’t think most of them have. I’m naturally subjectively connected to my films, I’m either over-critical or partial, so I won’t name them. The problem with films is that they are more time-bound than any other art form, if I may call cinema art. When you make a film, you’re relating to the environment in which you are, and the way you think about things at that time. Whether it is in the way people clothe themselves, the way people speak, the idiom they speak in, all these things are very much a part of that particular film, so it remains a creature of that time.
The Mahabharat is filled with archetypal situations. If you were to remake Kalyug, because you have moved on, the world has moved on, would it be a completely different film?
Absolutely. No question, it won’t be the same film. Circumstances change but the Mahabharat stands the test of time. For just about any experience that you go through in life, you can find a quotation in the Mahabharat. That quality is what makes it always possible to use ideas from Mahabharat in any work. Kalyug dealt with Indian industry at a particular time that’s now long gone. Corporates today function differently from the way they did 35 years ago.
Right now everyone is talking about the emergence of a New Wave in Hindi cinema, and the coexistence of very offbeat films with hard-core commercial films. Yet Zanjeer starring Amitabh Bachchan released in 1973, the year before your film Ankur. Bachchan simultaneously did Abhimaan, which wasn’t in the same commercial mould. So, didn’t all kinds of cinema coexist then, too?
No, it was very difficult in those days. General audiences were not accustomed to seeing anything other than what was considered our mainstream cinema. This meant films made in a song-and-dance format with the basic staple being melodrama, in which you had doses of comedy, farce, justice, the works. When most people defined cinema in those terms, it was obviously a challenge if you were making something different that was hard to define. That’s what happened to Satyajit Ray in the 1950s in Bengali cinema, and later to others in other states, and finally to people like me in the 1970s in Hindi.
Of course there were different challenges in each state. For instance, the sociology of Kerala is different because of the high literacy level and the fact that it has more readers than other states. We always shy away from the unfamiliar, but reading gives you a wider worldview and makes you more open to new ideas. Those who read will obviously accept a different kind of film more easily. In that sense the situation was ideal in Kerala for people like G. Aravindan and Adoor Gopalakrishnan.

Hindi was India’s largest film market, therefore its revenue-earning capability depended entirely on films that would run widely all over the country. So it was hardest to have a Hindi film that was different from the mainstream.

The freedom of expression of Indian artists is increasingly being hampered by social and political groups that threaten violence. We’ve got to a stage when even before getting a court ruling, the publishers of Wendy Doniger’s The Hindus agreed to pulp the book. Are you worried as an artist?
The publishers of Wendy Doniger’s book functioned as censors. Isn’t it a shame? There was no reason to do that, but they might have done it for commercial considerations and nothing else.

In the statement they issued, they said they also have to be concerned about the safety of their staff.

If you have concerns for the safety of your staff, you can always appeal to the government for protection.

Hasn’t there been an unwillingness or inability to protect artists in the past?
It’s a complex question. You can either be pragmatic, opportunistic or principled. Most people are a mixture of all three. In this case, the fact is that the publishers were worried because they are in a commercial business, and they want to remain in the marketplace. They don’t want controversies which will not help them. So there’s a bit of pragmatism as well there, no?
Is that all there was to playing it safe with Doniger’s book? Hasn’t there been an unwillingness or inability to protect artists in the past? Isn’t it because of what happened with books like Satanic Verses, with several films and other art works, that the publisher played it safe? To pre-empt possible violence?
It was unnecessary for the publisher to function as a self censor because Doniger’s Hindus was unlikely to sell millions of copies. It was a scholarly book.
Yet there were people who went to court against it. The fact that something is unlikely to be read widely or is a scholarly work doesn’t seem to apply.
But those things are bound to happen. You can’t blame one or the other. It’s a combination of factors.
Considering that after what happened worldwide with Satanic Verses, Salman Rushdie had to go into hiding, and even now when he comes to India there are problems, is it fair to apportion blame equally? Should not people with a track record of violence in these matters take greater blame?

Anybody who sort of attacks established beliefs must expect a reaction. That these things happen is well-known. You shouldn’t expect the establishment to automatically support you.
Is it not their job to do so?

There’s no simple answer. And I don’t think an interview like this with me is going to find a solution, because for every argument there is a counter argument here.

Do you not think we should have a right to offend?

Right to offend what manner of sensibility, pray?

Any manner of sensibility.

No no no. Let us say I believe in the religion that I profess, and somebody offends my religion and my religion is what I live by, it’s not a secondary thing, it’s fundamental to my life. Now if you are going to offend me, am I not supposed to react?

Of course you can react. But not with violence or threats, wouldn’t you agree?

In a country of such immense diversity you cannot look at things in black and white. We are a very heterogeneous people although we do have an overall definition of being Indian. We have learnt how to negotiate the heterogeneity, the different kinds of beliefs. In such a situation if you are going to look at the world in black and white terms, then you are bound to offend. And that kind of offence should not be there.

Your film Kalyug was a modern-day interpretation of Mahabharat, which for many Indians is a religious epic. The way things are these days, who’s to say what will offend somebody? Are you saying artists should watch themselves?

No, you are putting it in very simple terms. This will go on forever. Because it’s a very complex argument, it’s not a simple argument of yes and no and black and white. 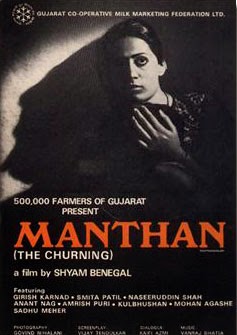 Okay then, some people would call Shabana Azmi and Smita Patil your discoveries. They are widely considered among the greatest actresses we’ve had in this country. Do you feel proud to have discovered them and of where their careers went after working with you?
I’m very proud of my association with them. They were both extraordinarily talented, and if I was not there to take them in my films, somebody else would have. In that sense, I was lucky. My taking them didn’t make them suddenly very talented. That, they already were. I was there to offer that opportunity for them to flower.
I’ve heard directors and producers describing certain stars as ‘my discovery’. Would you describe Shabana and Smita as your discoveries?
That’s pretentious, isn’t it?
Some artists have spoken of how a lifetime achievement award is almost like the world saying: “Okay, time to retire now.” It may be meant as a joke or as an expression of the pressure such an award comes with. How did your Dadasaheb Phalke Award in 2005 affect you?
It was marvellous getting it, but it wasn’t like saying, how wonderful, nice knowing you, see you, goodbye. It wasn’t that for me. I just cannot stop working. Unless nature steps in and does something drastically terrible, I intend to work as long as I can. It’s important to me because work keeps me alive, mentally and physically. It keeps me open to the experiences that life can offer me. If I say I’ve retired, that’s the end of all that. It doesn’t make any sense for me to do that. Why should I live, then?
Photographs courtesy:
(1) http://en.wikipedia.org/wiki/Shyam_Benegal
(2) http://en.wikipedia.org/wiki/Ankur_(film)
(3) http://en.wikipedia.org/wiki/Manthan

Note: These photographs were not published in Maxim
Posted by Anna MM Vetticad at 11:41 PM