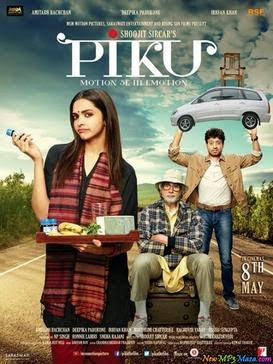 A cantankerous old man obsessed with his bowel movements, a daughter who tires of his petulance yet loves him to death, loyal household help, argumentative yet loving relatives… sounds like your average Indian family. Well okay, fathers who constantly discuss constipation are not that common, but for the most part, the Banerjis of Delhi’s Chittaranjan Park in director Shoojit Sircar’s film are not so different from millions of middle-class parivars across India.

This is the beauty of Piku. That even in its most bizarre passages, it is so easy to relate to the film because you know the absurdity is a reflection of someone’s reality.

What’s equally lovely is the smoothness with which so much social commentary is woven into this film in such an unobtrusive, non-preachy manner.

With all that talk of faeces, Piku could well have turned into a ewww-worthy scatological farce. Instead, I found myself going “hawww” even while laughing out loud as the toilet humour persisted long after I thought it would. But to see potty as the focal point of Piku would be a superficial viewing of this film. What it is, in fact, is a unique combination of family drama, rom com of sorts and road movie, so insightful but so low-key that it would be easy to take it for granted. In the hands of Sircar – he who gave us 2012’s Vicky Donor – it ends up being an endearing, hilarious, emotional yet understated story of love and family in a changing world.

There’s the titular character herself, Piku (Deepika Padukone), an independent and smart young entrepreneur-professional. There’s her father Bhaskor (Amitabh Bachchan) who is selfish about his personal needs, yet loves his daughter deeply and will not tolerate her compromising on her career and freedom for marriage.

In her father’s crankiness, we see what Piku could become in later years if she does not watch out. For now though, her incessant irritability masks a sweet nature, as her friend, business partner and partner-in-other-activities Syed Afroze (Jisshu Sengupta) already knows, and as Rana Chaudhary (Irrfan), owner of the cab service provider hired by her firm, soon discovers.

There are occasions when Piku succumbs to her father’s bullying just to keep the peace. Like Rana, you want to tell her not to, but you also realise with exasperation that this is what women in the real world often do. We haven’t met Piku before she lost her mother, before her father became a 70-year-old hypochondriac, or before she was fettered by her commitment to take care of him; but if he is the reason for her short fuse, we – like  Rana – can understand.

Also in the picture is Bhaskor’s much-married sister-in-law (Moushumi Chatterjee) who constantly taunts him about the way he treated her late sister, but does not skip an opportunity to visit him and the niece she very obviously dotes on. Bhaskor’s brother and wife reside in Kolkata. The lady is antsy in his presence, but both are clearly fond of Bhaskor and Piku.

It’s no surprise that these fascinating characters in Piku have been created by the very same Juhi Chaturvedi who penned the brilliant story and screenplay of Vicky D. With these two films, Juhi has established herself as one of the finest writers of her generation in Bollywood.

One complaint though. I could not help but wonder why Piku and Bhaskor don’t have any quiet conversations between their extended bickering sessions, some calmer exchanges which would have helped us understand her evident love for him and her dread of losing him that seems to go way beyond a child’s instinctive attachment. This vacuum got me missing those heart-warming chats between Vicky, his mother and awesome grandmom that Juhi had written into Vicky Donor. It reminded me too of a late-night tete-a-tete between another father and daughter that had made me smile in a film unrelated to this team and far less lauded, Aisha. I also found some of Bhaskor’s open references to Piku’s sex life contrived for coolth. That said, I still loved Piku.

If you have ever had the opportunity to take care of babies, the elderly or the sick, you will know that a pre-occupation with digestion, shit and visits to the toilet do end up naturally finding their way into conversations; that after a while you may even learn to laugh at yourself for such talk. It takes a special kind of skill to weave a gentle story around the less pretty aspects of the human body (semen and sperms in Vicky Donor, poop in Piku) without making it distasteful or low-brow at any point. If you’ve seen Vicky D, you already know Team Juhi-Shoojit has that skill.

More important though is the fact that they are both acute observers of life, they do not indulge in lazy stereotyping, they don’t gloss over the flaws in characters they want us to like and they state things others are afraid to state.

Parents can be selfish, says a character in this film. He is right. Society romanticises parenthood, but rarely acknowledges that many people become parents not out of a love of children but because everyone else is doing it, because they want heirs or because they want insurance for their old age. Do all children then owe it to their parents to take care of them in their later years? Do lousy parents deserve to be taken care of? Is this a job to be done out of a sense of dutiful compulsion, or because we genuinely want to give back to those who were great parents to us?

With brief glimpses of Rana’s nagging mother and sister juxtaposed against the Banerjis, the film suggests these questions to us without spelling them out. Unlike Ravi Chopra’s awfully patriarchal Baghban which glorified a despotic father (also played by Bachchan) and unequivocally damned his kids, Piku’s is a nuanced take on family.

Beyond Bhaskor’s toilet activities, there are two fronts on which Piku could have been over-done: the treatment of the heroine’s singledom and the portrayal of Bengalis. Like Riana (Kareena Kapoor Khan) in Shakun Batra’s under-rated Ek Main Aur Ekk Tu, Piku is comfortable with spinsterhood (yes I insist on using that word, despite the prejudice attached to it). Unlike Cocktail which also starred Deepika, Piku does not horribly stereotype single women. Unlike Sandra Bullock’s characters in film after film, Piku is not single due to some past trauma, not a deeply troubled soul who is consequently commitment-phobic, not a sad lonely creature who is dowdy and/or a social misfit as a result of a career obsession. Piku is interested in marriage but not fixated on it. At one point, she blames her Dad for not “getting” her married but it’s obvious she’s merely trying to send him on a guilt trip, since it’s obvious too that her choices are her own and no one else’s. A big song ‘n’ dance is not made of this aspect of her life, it’s just there.

It would have been easy too to caricature the Bengali community, getting actors to desperately overdo accents for low-cost laughs. Piku does not do that. 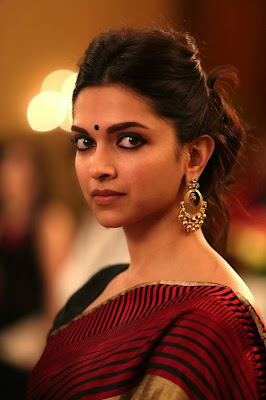 The credit for this goes as much to the remarkable cast as to the writer and director. As the film’s central character, Deepika is utterly gorgeous – and no, I don’t mean her looks, although there is that too. She completely internalises her character so that it feels like she has become Piku Banerji for us. She is without a doubt one of contemporary Bollywood’s most talented and versatile actresses. The lovely Moushumi Chatterjee shines in a brief role. Jisshu Sengupta gets limited screen time but is effective and likeable whenever he is around.

Playing Piku’s companion on a road trip he did not initially want, Irrfan brings amazing depth to the role of Rana, turning the enunciation of each word he utters, every nod, every tilt of the head, every twinkle of an eye into a special moment. Ah those eyes! Those sexy speaking eyes! Both he and Deepika are simply outstanding in this film.

Bachchan faces the challenge of playing the only over-the-top, almost charmless person in the story, but more or less ensures that his performance – unlike his character – does not go OTT. There are passing moments when his Bengali accent sounds strained and a scene here or there where he seems to be trying too hard to play weird, but for the most part he is such fun to watch.

Piku is both moving and rip-roaringly funny. It is also an extremely intelligent film that is modest about its intelligence. I loved the way it barely travels around the streets of Delhi (now a frequent setting for Bollywood films), but when Bhaskor and Piku visit Kolkata, we are taken all over this captivating city in which Hindi films are only occasionally set these days. I loved the sweet melodies and compelling lyrics, as minimalist as the narrative style. I loved the fact that there’s an important character in the film whose name suggests that he’s Muslim, but no one makes a point about his religion and no one gives a speech about secularism involving him. I loved too the fact that the Banerjis are Bengalis yet Piku is not “about Bengalis”.

For that matter, it’s not “about single women”, “about the New Age career woman”, “about family ties” or about any subject in particular. It’s just a very credible slice of life filled with people who could be you, me or our next-door neighbours.

The thing about great parents is that the memory of them makes you smile and tear up at the same time. If you have known that loss you will know what I mean. Piku is like that great parent. As I write this review, I find myself getting briefly dewy-eyed, but smiling throughout. Dear Juhi and Shoojit, I cannot think of a bigger compliment than that.