Three months since FTII students went on strike against crucial government appointments to their institute, the propaganda war against them continues 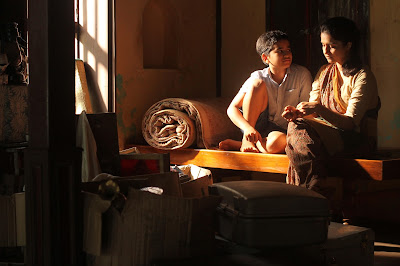 They’ve been called “anti-Hindu”, “Naxals”, “freeloaders” and “Sonia’s followers” among other things.
In the three months since they began their strike against certain crucial appointments to the governing council of Pune’s Film and Television Institute of India (FTII), all sorts of labels have been bestowed upon students of this prestigious establishment by ruling party spokespersons and supporters. If the newly appointed FTII chairperson Gajendra Chauhan has displayed an exceptionally thick skin in bearing the open ridicule of his credentials across media platforms during this period, the students are no less than dermatological wonders.
June 12 was the first day of the strike. Irrespective of how the Central Government resolves this impasse, one thing needs to be said: that the defence of Chauhan has been done through an insidious propaganda exercise aimed at maligning both FTII and its student body.
Every propagandist knows the efficacy of mixing slivers of facts with large helpings of fiction to confuse the public. Repeat such grey lies often enough and even well-intentioned mediapersons could be convinced that they are truisms.
No better example of this strategy is required than these ‘accusations’ thrown at FTII student rep Yashasvi Misra by Rakesh Sinha — representative of the ruling BJP’s ideological parent, the RSS — during an NDTV debate on August 19. “In the last 17 years there was no convocation in that institution…,” Sinha raged. “There are students from the 2008 batches… for the last eight or nine years they are overstaying there.” 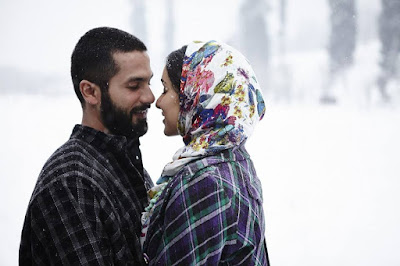 From all accounts, that figure of 17 years is correct, but here’s a question: how is the current crop of students to blame for this? Convocations are organised by educational institutions, not by students. Besides, the 17 years leading up to 2015 would include BJP’s own brief term in the ruling alliance at the Centre, followed by the party’s 1999-2004 reign, then the two successive Congress-led coalitions from 2004-2014 and finally, the past one year with BJP at the Centre. So, rather than an FTII student, shouldn’t Sinha explain why convocations haven’t been held?
As for the much-maligned 2008 batch, it took journalist Mridula Chari to point out on Scroll.in that they, on the contrary, were victims: FTII reportedly “doubled the size of its student body”, without increasing infrastructure, after a Supreme Court order that government institutions should raise the number of reserved category seats “even while it maintained the number of general seats”. Result: students struggling for facilities to create their mandatory graduation film. The 2008 batch apparently “were particularly unfortunate” because, according to FTII alumnus Jabeen Merchant who is quoted in the article: “At one point the institution, including the administration and the dean, realised that the backlog would spin out for all future batches. So they decided to contain the damage by giving priority to the batches after them. Students admitted later have finished their diploma films while the 2008 students continue to wait their turn.”
This is just a sampler of the effort being made to undermine the striking students. It is possible too that the ground is being prepared for privatisation of the institute in the future. That could explain why an impression has been created that FTII alumni of the past couple of decades have been worthless.
During a debate in early July on Times Now, actor Anupam Kher said: “In the last 15, 20 years… FTII has gone to dogs.” (sic) Kher’s comment was significant because it came even as he, an unapologetic BJP supporter, criticised the selection of Chauhan.
Gajendra Foot-In-The-Mouth Chauhan was himself widely quoted in the press soon after his appointment as saying: “Barring Rajkumar Hirani, the institute has not produced any important artiste.” He later insisted that what he had actually said was: “In the ’60s and ’70s the world knew the FTII students who passed out... Especially after Rajkumar Hirani, the common man doesn’t know...” (Source: rediff.com)
Well then, he should be educating the common people. In the nearly three decades since Hirani graduated, droves of FTII alumni have earned national and international laurels.
Resul Pookutty, a 1995 graduate, is an Oscar and BAFTA winning sound artiste. And from the 2011 batch comes Avinash Arun, director of Killa, which won 2014’s National Award for Best Marathi Film and a Crystal Bear in the category of films about children at the Berlin Film Festival. If money is your only measure, then FYI Mr Chauhan, Killa raked in big cash at theatres this year; if Bollywood is your only area of interest, then FYI Arun is also the cinematographer of the Ajay Devgn-starrer Drishyam and Masaan, which received two prizes at Cannes 2015. 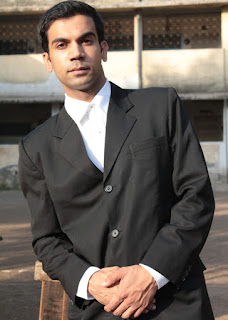 Other significant figures who graduated from FTII in 2000 or thereafter include:
Gurvinder Singh, director of the multiple National Award-winning Punjabi film Anhey Ghorhey Da Daan (2011) and Chauthi Koot, which was selected for the Un Certain Regard section at Cannes this year.
Pankaj Kumar, cinematographer for Vishal Bhardwaj’s Haider (2014) and Anand Gandhi’s Ship of Theseus (2013).
Director Umesh Kulkarni who is at the forefront of what is seen as a Marathi cinema Renaissance in the past decade.
National Award-winning Bollywood actor Rajkummar Rao (Shahid, Queen, CityLights).
National Award winner G Murali, cinematographer of the Tamil films Madras (2014) and Rajinikanth’s next, Kabali.
And… That’s the point, there is not enough room here for an exhaustive list.
It’s not about being anti/pro-BJP/Congress/Left/Hindus/Naxals. There is only one position worth taking in this battle, and that, dear propagandists, is pro-cinema.
(Anna MM Vetticad is the author of The Adventures of an Intrepid Film Critic. Twitter: @annavetticad)
(This column was first published in The Hindu Businessline newspaper on September 12, 2015)
Original link:
http://www.thehindubusinessline.com/blink/watch/ftii-controversy-lies-damned-lies-statistics/article7637655.ece


Photo caption: (From top to bottom) Still from Avinash Arun’s Killa; Still from Haider which was shot by Pankaj Kumar; Rajkummar Rao in Shahid