50 YEARS OF CHEMMMEEN / COLUMN PUBLISHED IN THE HINDU BUSINESSLINE

Fifty years since Chemmeen’s release, could we please ponder over why more Indians outside Kerala have not seen this landmark National Award-winning film?
By Anna MM Vetticad 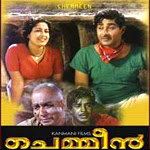 The story goes that Thakazhi Sivasankara Pillai wrote Chemmeen in eight days. But even a lifetime is not enough to process this 1956 novel by the legendary Jnanpith-winning Malayalam writer, or its film adaptation from 1965.

I was introduced to Chemmeen early in life although as a child growing up in Delhi in the pre-DVD, pre-Internet era, non-Hindi cinema was always difficult to access. It is a measure of the success of Hindi language politics in our country that it was (and still is) hard to learn to read and write our mother tongues — unless that mother tongue is Hindi or English — if we attend school anywhere other than in the state of our origins.

Sadly, as a result, I still cannot read or write Malayalam, and though I have read Anita Nair’s English translation of Thakazhi’s book, I have not yet read the novel in its original language (I will, some day). My parents, fortunately, ensured that Malayalam was extensively used at home, so I speak it with confidence and understand it well enough. I am telling you all this to help you fully appreciate the circumstances in which I was introduced to this screen epic by Doordarshan.

Set in a fishing community in Kerala, Chemmeen revolves around a lower-caste Hindu fisherman’s daughter Karuthamma (played by Sheela), her love for the Muslim fish trader Pareekutty (Madhu), and her subsequent marriage to the Hindu fisherman Palani (Sathyan).

Never before or since has the ocean been so beautifully captured on screen as a benevolent yet fearsome creature. In Chemmeen, the waters of Kadalamma (Mother Ocean) are intrinsically linked to a belief among fisherfolk that Her largesse is tied to the sexual conformism of women in their society and that She would swallow up a man whose wife was unfaithful to him while he was at sea.

Years after watching the film, I read that Thakazhi was criticised in his lifetime by rationalists who felt his book perpetuated superstitions. To me though, even as a child, Chemmeen was an indictment of society’s determination to curb a woman in every conceivable way including using the fear of divine retribution and linking her family’s fate to her morality as defined by society.

Karuthamma is ridden with guilt all her life and is treated as if she cheated on her husband, when all she did was have feelings for a man long before she even knew of Palani.

Chemmeen is also about how the threat of ostracism and the fear of religion/nature are used to restrict people’s choices; and how superstitions can be a weapon to those who do not necessarily buy into these delusions but will cite them when it suits their convenience, as “the devil” might “cite scripture for his purpose”.

In Chemmeen, Karuthamma’s people seem not to care so much about her affair with Pareekutty until her father’s rivals get jealous when he purchases a new boat and nets. Likewise, when women in Palani’s neighbourhood feel threatened by her success at selling fish, they initiate a boycott of her, claiming to be concerned about how her morals could affect the entire community.

Thakazhi’s story is so layered, that it seems to be speaking of the times we live in as much as about eras gone by. Note for instance that the Hindu in his story is the heroine, not the hero. What point might that literary decision make to today’s ‘love jihad’ campaigners who object to mixed marriages mostly if the girl in the relationship is from their community? Note too that the fisherfolk in Chemmeen make no mention of a woman’s fate if the husband cheats on her.

The brilliant book was supplemented by the film’s team of geniuses. Director Ramu Kariat’s collaborators included Hrishikesh Mukherjee as an editor, Salil Chowdhury as music director and Manna Dey as a singer, making Chemmeen a rare, truly pan-India project.

Why then is this National Award-winning film barely known outside Kerala? Several factors are at play here. First, Malayalam cinema has not promoted itself across India as well as Hindi. Second, the Malayalam industry’s defeatist attitude on this front is compounded by the fact that it has lower budgets (ergo, lower marketing budgets) than India’s three richest industries: Hindi, Tamil and Telugu. Third, a mix of political propaganda and irresponsible journalism has led to false notions that Hindi is India’s national language, that the Hindi film industry i.e. Bollywood is India’s largest industry and rightfully deserves more attention than the rest.

Which came first, the poor marketing or the misconceptions, the misconceptions or media indifference? It’s hard to tell, but there is no doubt that if Chemmeen was a great Hindi film marking its golden jubilee, it would have been universally celebrated by the so-called ‘national’ media across India rather than almost entirely on Malayalam platforms and southern-India-based English outlets.

That Chemmeen is not better known to Indian audiences outside Kerala is the country’s loss as well as the film’s. Allow me to borrow an old Punjabi saying to let off steam on the subject: Jine Lahore nai vekhya o jamya-e-ni (if you have not seen Lahore you have not lived). Jine Chemmeen nai vekhya…

(This column was first published in The Hindu Businessline newspaper on November 21, 2015)

Previous instalment of Film Fatale: “It Matters, Naseersaab”
http://www.thehindubusinessline.com/blink/watch/it-matters-naseersaab/article7742604.ece
Posted by Anna MM Vetticad at 12:51 AM