The post-Uri demand for a boycott of Pakistani actors calls for a crucial debate. One rider: let’s ditch the cliches in the current liberal discourse on freedom of expression. 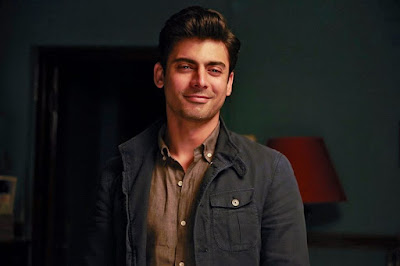 So a once-popular singer — I will not sully this column by naming him — has expressed his ‘nationalism’ by tweeting thus about Bollywood director Karan Johar’s association with Pakistani actor Fawad Khan: “Another #lovejihad .. Mehbooba #KaranJohar is in depression ..pak lover fawad ditched bechari Mrs @karanjohar khan” (sic). The comment is designed to mock Johar for his assumed sexual orientation and for a brush with ill-health that he discussed in a recent interview.

Homophobia and inhumanity are apparently the new measure of patriotism in India.

This salvo was fired just days after the Indian Motion Picture Producers’Association (IMPPA) called for a ban on Pakistani artistes and technicians in response to the recent terror attack on Uri that killed 20 Indian soldiers. IMPPA’s decision came shortly after the right-wing Maharashtra Navnirman Sena (MNS) reportedly issued an ultimatum to Pakistani artistes to leave India within 48 hours.

It is not this column’s contention that people do not have a right to their boycotts. The question under discussion here is the right of individuals and organisations to coerce others into following suit.

IMPPA, for instance, should not curb filmmakers who wish to work with Pakistanis, MNS should be punished for acting as an extra-Constitutional authority, and its veiled threats of violence ought to be condemned. Hindustan Times reported on September 23 that the party has “kick-started protests against Karan Johar’s film Ae Dil Hain (sic) Mushkil as it stars Pakistani actor Fawad Khan... MNS vice-president Shalini Thackeray said wherever shooting for films or tele-serials with Pakistani actors was on after the deadline, MNS activists would go and stop them.” Anyone who knows their track record knows what that means.

Let us be very clear about one point: freedom of expression includes the right to boycott artistes you are politically  opposed to for reasons unrelated to their work, however illogical, irrational or even foolish your approach might be. Unfortunately, liberals in India have become so used to violence-prone religious and political bodies targeting art over the years, that now every critical response to art or an artist is being mindlessly described as an attack on freedom of expression. It is not.

Since abuse, personal attacks,  threats and violence against artists are second nature to fundamentalists, it has become a reflex action for liberals to cry “free speech” in response to every move involving artists, even non-violent moves, by extreme right-wingers. This has brought the discourse on free speech to an all-time intellectual low in recent years, following the mainstreaming of fundamentalist forces in Modi’s India.

So when the Hindutva brigade uninstalled the Snapdeal app in droves to protest brand ambassador Aamir Khan’s observations on intolerance in India, some liberal journalists went to the extent of dubbing their campaign “commercial terrorism”. Actually, for a change, these right-wingers were acting within their rights. Their indifference to Aamir’s concerns was inconsiderate, and their communal epithets for him were repulsive, but they did have a right to boycott brands he endorses. All pressure tactics cannot be deemed coercive and the word “terrorism” should never be used lightly.

This unthinking stance by liberals has harmed the very causes they seek to uphold. And so it was that when some writers opted out of the Bangalore Literature Festival 2015 because one of the festival organisers had, among other things, decried the award wapsi campaign, the writers were dubbed “intolerant” by the same media. “Intolerant”? Because they exercised a democratic right to withdraw from an event?

I am not getting into a debate here on the value of India-Pakistan cultural exchanges. Our artistic ties have played a role in maintaining goodwill among the citizenry even when political forces have tried to breed hate, but that is a separate discussion. This column is simply a reminder that each of us should be free to non-abusively, non-threateningly, non-violently protest – in  political, social and cultural matters – in whichever way we deem fit, and that neither IMPPA nor MNS should impose their choice of protest on us.

I love my soldiers, but I do not know how they gain if we reject Fawad Khan. This is a talented actor who, though a foreigner, made a remarkable contribution to India’s social evolution this year when he played a gay man in Shakun Batra’s uncommonly sensitive Kapoor & Sons, a role that had been rejected by several Indian stars. When I asked him about it in an interview in June, Fawad said: “By not doing such films we simply shut it (homosexuality) away rather than trying to understand it... Besides, with the kind of difficulties we’re facing as a global society where we’re having trouble getting along, if anything this is just more love in the system rather than adding conflict.”

This is the man you wish to shun because terrorists murdered our soldiers? The argument that he has not made a statement on Uri hardly holds water since Indian film artistes usually stay silent on political issues, and those who have spoken up – like Aamir – have been harangued for doing so by the same ideological group largely behind the demand for a comment now from Fawad.

So let us make a deal: feel free to deprive yourself of Fawad or any other Pakistani artist you choose, just make sure you do not bully the rest of us into doing so too.

(This article was first published in The Hindu Businessline’s BLink on October 8, 2016.)

Link to column published in The Hindu Businessline:

Posted by Anna MM Vetticad at 2:00 AM