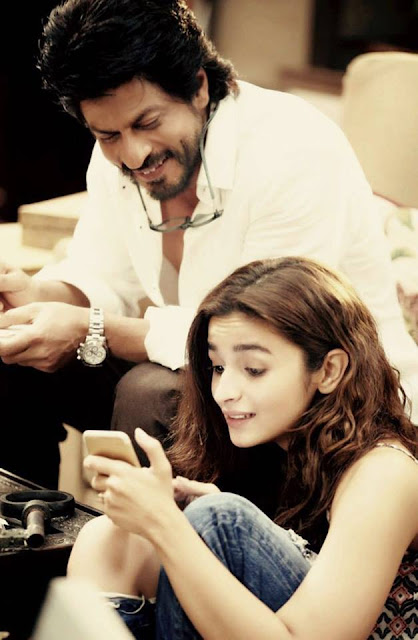 This is not a review of Dear Zindagi. I wrapped up that job on the day of its release. This column is devoted to one aspect of the film: the portrayal of mental health.

Those who have seen Dear Zindagi would know that Alia Bhatt plays Kaira, a talented cinematographer who harbours a deep-seated resentment towards her parents. She is also so afraid of being hurt in romantic relationships that she withdraws from each one before the man she is dating has a chance to first back out. When sleep goes AWOL from her life one day, Kaira turns to a clinical psychologist — Dr Jehangir Khan, played by Shah Rukh Khan — for relief.

As an American TV serial junkie and Hollywood buff, I am used to watching therapy sessions on screen. They have ranged from the realism of Law and Order: Special Victims Unit, where Sergeant Olivia Benson gets help after being abducted and held hostage by a violent sexual predator, to the comical money-mindedness of Dr Linda Freeman in the Charlie Sheen-starrer Two And A Half Men, and the OTT unprofessionalism in Anger Management starring Sheen with Selma Blair.

Hindi cinema, for the most part, has alternated between ignoring/avoiding mental fitness and swinging wildly to the other end of the spectrum with harmful caricatures, ignorance and the insensitive labelling of mental illness as “paagalpan (lunacy)”. In that context, Dear Zindagi is gigantically significant.

In a nation where a “dimaag ka doctor” is widely seen as a doc for extreme situations, here is a woman in therapy despite displaying no visible signs of what Indian society might consider a health problem. She is not apparently severely depressed, she is highly functional and a successful professional to boot, she is lively, she appears to be enjoying life, and her issues with her parents are likely to be seen as non-issues in a culture that requires us to canonise and deify our madres and padres.

Of course she also does not bear any of the physical symptoms Hindi cinema has traditionally dished out to audiences: wild hair, unkempt look, flailing arms, screaming or complete silence. The seeming normality of Kaira is, to my mind, what makes Dear Zindagi almost revolutionary in the Indian social context.

This brings us to the patient-doctor sessions in Dear Zindagi. If your vision is not clouded by SRK’s sexiness as Doc Jehangir (forgive me for the frivolous aside), it should be clear that what is depicted here is not conventional therapy. For one, Jehangir’s informality with an emotionally vulnerable youngster may make for fun cinema but could cause misunderstandings in the real world.

Now, since I have not been to a therapist myself, I have spent the week speaking to friends who have, and to psychologists and psychiatrists. One friend tells me that if anyone made a film literally recounting her conversations with her therapist, “it would be the most boring film in the world”. Others agree. Instead of the banter between Kaira and Doc Jehangir, imagine a narrative that foregrounds long monologues from a patient with occasional interventions from a professional listener who actively stays in the background. Such a film would almost certainly occupy a less commercial, less mass-targeting space in Bollywood despite SRK and Bhatt’s mammoth star appeal.

The question we must confront then is about the pluses and minuses of a trade-off between authenticity and cinematic licence to make a popular film on a hitherto untouched subject. No doubt Dear Zindagi de-stigmatises therapy and the quest for emotional well-being sans sermons. The film’s resulting entertainment value gives it the potential to reach a large number of people. Is this positive a sufficient excuse for any inaccuracy in the portrayal of those sessions?

Writing for the website Scoopwhoop, Mumbai-based clinical psychologist Sonali Gupta objects, among other things, to what she sees as Jehangir in Dear Zindagi suggesting solutions to Kaira. She says: “We don’t want clients pursuing therapy in the hope that therapy is a quick fix, where therapists give advice and enlighten you with wisdom. As I always say, there is no right or wrong, it is the client who chooses his path and leads the therapy process, while the therapist plays the role of facilitator.”

Gupta has initiated a crucial debate. Without for a moment presuming to know more about therapy than a therapist would, consider this though: My takeaway from this film as a viewer was the opposite; for me a lasting memory from Dear Zindagi is of the doc pointing out to Kaira that it was she, not he, who arrived at her answers.

It is possible other viewers may see it differently and start visiting clinics with incorrect expectations, thus adding to the patient misconceptions that therapists have to clear. Yet the film would prove worthwhile if it aids even one individual in overcoming their mind blocks against therapy, while simultaneously generating public discussions, which in turn may prod Dear Zindagi’s writer-director Gauri Shinde, or perhaps another filmmaker, to work harder at making that next script even closer to reality yet equally entertaining.

Until then, Shinde will hopefully acknowledge this criticism while accepting the well-deserved kudos coming her way for dragging therapy away from the realm of old-style Bollywood “paagalkhanas (lunatic asylums)” to a non-intimidating space that you and I and Everyperson might enter without fear.

(This article was first published in The Hindu Businessline’s BLink on December 3, 2016.)

Link to column published in The Hindu Businessline:

Note: I’m happy to inform you that Film Fatale has won the Ramnath Goenka Excellence in Journalism Award 2015 for ‘Commentary and Interpretative Writing’. You can click here to read all the Film Fatales published in 2015 (and from the launch of the column in February 2014):
http://www.thehindubusinessline.com/author/anna-mm-vetticad/article6316861.ece Thank you dear readers and Team Hindu Businessline for your constant support. J Anna