(Note: This is a review of the Malayalam version of Solo. The film has been simultaneously made in Tamil.) 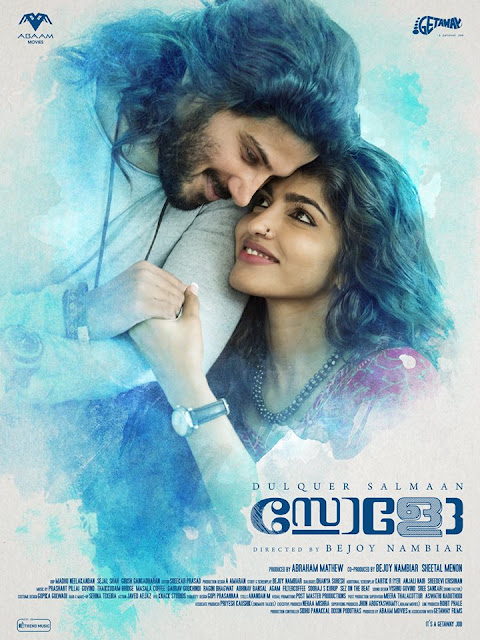 Dulquer Salmaan is as hot as I imagine the planet Mercury must be. Now imagine someone bringing Mercury down to earth, cloning it to generate four blazing balls of fire and packing them into a single film. That is what writer-director Bejoy Nambiar has done in his new release Solo, an anthology of short stories written jointly by Nambiar and Dhanya Suresh, with DQ – as he is popularly known – playing the protagonist in each.

Too hot to handle? Jokes (meaning, that hormonally charged first paragraph) aside, actually not. Nambiar handles the central artiste in his cast as any director should treat a gifted performer: with respect but not reverence. Too many filmmakers ruin potentially good projects by behaving like fanboys rather than helmsmen. In Nambiar’s hands though, Solo is not star-struck, not designed simply to show off a young superstar’s beauty and talent, not painfully conscious of his presence or overwhelmed by it. Salmaan does not overshadow all else here. He is what he is and ought to be: an actor playing a part… well, four parts. 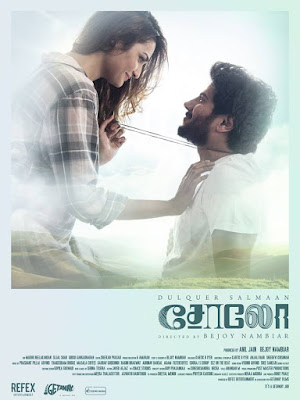 First, he is Shekhar, a musician with a speech impairment and an interfering family, in love with a dancer who is blind. Next, he is Dr Trilok Menon who rescues an accident victim on a lonely road. Then comes Shiva, a violent gangster who is protective towards his little brother and roughs up the mother of his child. And Lieutenant Rudra Ramachandran of the finale is determined to marry the woman he loves despite opposition from her family, including her brigadier father who could destroy his career as revenge.

As standalone shorts, they work well. Each segment is well-rounded for the most part. There is a surprise in each one, but no twist feels contrived. When the realisation settles in, by the third short a viewer is waiting for an unexpected turn of events, but the expectation is not a distraction and does not eclipse everything else that is going on, nor is any revelation predictable.

DQ is excellent throughout, pulling off sensitivity, innocence, cruelty and heartbreak without the effort being apparent. Each of his characters is styled distinctively (Shekhar, for instance, has long hair), but they are distinguishable from each other even without that because of the actor’s subtly changing body language.

The supporting players are just as good, and include stars in their own right. Veterans Suhasini Maniratnam and Nassar who play Rudra’s parents live up to their reputations. Of the young lot, Sai Dhansika stands out for her performance as Shekhar’s lover Radhika and because she too is a Mercury-level knockout. Anson Paul delivers a neatly nuanced performance as Justin, a man wracked with guilt at a choice he once made against the dictates of his conscience, as does Sruthi Hariharan who displays her substantial range in travelling from nagger to victim to sexual being to conflicted woman hopelessly in love within the span of the few minutes available to her.

The only artiste constrained by this film’s grandeur is Arthi Venkatesh playing an accident victim called Ayesha in Trilok and Justin’s short. The camerawork in this portion is painfully overt in its effort to present her as a cute darling sort, as if that was necessary to convince us that her death would be a huge loss to those who loved her. There is also something slightly discomfiting about the focus on her body, her bare skin and her curves, before and after a tragedy befalls her. If the portrayal of Ayesha is one of the film’s lacunae, the fault lies not with Venkatesh but with the cinematography and direction in the few seconds that she is on screen.

This is the only place where Solo becomes self-conscious right in the middle of a narrative. Sadly, it detracts from the natural flow of this section.

The other moments of self-consciousness come in the unconvincing effort to connect Lord Shiva and the elements to Shekhar, Trilok, Shiva and Rudra, and to weave the figure four into the fabric of their lives.

The religio-mythological referencing in Solo is strained and ineffective. It is also, if you think about it, unnecessary. Even without the great Destroyer of the Hindu Holy Trinity, there are common threads running through Solo’s segments: aloneness (which is perhaps why the film is titled thus), loss and betrayal – the physical loss of a loved one, the emotional loss that comes with betrayal by a loved one. These are thoughtful stories in which the audience must grapple with the questions thrown our way without answers being obviously spoonfed to us.

What, for instance, is the definition of human goodness? If a man hesitated over a monumentally heartless action and repented for it all his life, is he evil? Who is the better person: the gun-toting, trigger-happy hooligan camouflaging the great pain he endured in his childhood, or the seemingly polished fellow with a genuine grievance, calmly and systematically executing a plan of revenge? A character describes another as “a good man…not good enough”. Where does human frailty end and “good enough” begin?

These questions, ironically, were “good enough” to make Solo a wholesome film without the intellectual pretentions that rob it of some of its warmth.

While I do not have any favourite in this quartet, I do have a least favourite one, which I cannot reveal because it would involve a spoiler. When you see Solo you will figure out which part I am referring to here. When a man cheats on his wife, and his son asks, “Could you not find any other woman (to have an affair with)?” the Dad has the audacity to say, “I could ask you the same thing.” Actually, he would not be justified in doing so (when you know the particulars, you might agree), and while I can certainly believe that there could be such traitorous fathers out there who might ask their sons such questions, it is hard to buy this particular son’s silence in response to his father’s impertinence, considering the overall writing of his character. 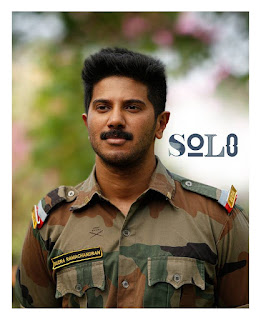 Solo has a smattering of dialogues in Hindi and Tamil. While for the most part, it is okay not to subtitle them since it can be argued that we are hearing them from the standpoint of characters who don’t understand these languages, this reasoning does not apply to Shiva’s story where some of the Tamil lines are pivotal to the understanding of the main antagonist’s motivations. It would have made sense to embed Malayalam subs here for the benefit of Solo’s primary audience unless it is being assumed that every Malayali knows Tamil.

Like all Nambiar’s films so far, this one too is a visual treat featuring well-used music. Striking illustrations introduce each section. The cinematography is luscious, never more so than in the way it captures those heavily wooded country roads in Trilok’s saga. The greenery in those scenes is so delicious that you could make a meal of it. Each segment too gets a well-defined look without being too literal in the representation of jalam, vaayu, agni and bhoomi.

In each of Nambiar’s features so far, his penchant for stylised storytelling has been his strength and his Achilles heel. I still get goosebumps remembering the splendid overlaying of the song Khoya khoya chand over two parallel tracks of extreme chaos in Shaitan (2011). Nambiar always has an interesting point to make, but too often in his works, style has subtracted from soul. Solo has style and soul. The reason why the film pulls through as a whole despite the needless contrivance used to link its individual parts is because the Shiva reference precedes each one, after which the stories themselves are immersive enough and the cast engaging enough for the artifice to be forgotten till it rolls around once again before the next one. This amounts to liking the film not for what the maker meant it to be, but in spite of his intentions. So be it. Solo is not a great film, but it is “good enough”.