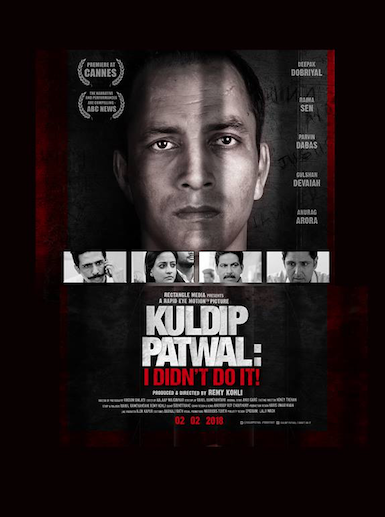 A poor upper-caste man is jailed on suspicions of having assassinated the young chief minister of a fictional north Indian state. Please read the word “poor” here to mean not just impoverished but also “bechara” and “paavam”. Because while cracking the mystery of the murdered CM, writer-director Remy Kohli’s Kuldip Patwal: I Didn’t Do It! offers an unrelenting, undisguised lament for communities once privileged by birth. In Kohli’s worldview, clearly hapless upper castes are now perennial victims of uncaring politicians and reservations unfairly being granted to Scheduled Castes and Scheduled Tribes whose plight seems irrelevant to him.

The insensitivity of the film’s simplistic, one-sided take on caste politics is only one of its follies. Another is its apparent conviction that it is very clever. As exasperating as its ideology is the narrative style, which jumps from flashback to flashback to – sigh – yet another flashback, for no particular reason other than that someone probably considered this a smart thing to do.

The truth is that after the first half hour of this 127-minutes-long enterprise, I lost interest in whether or not Kuldip Patwal did it. My concern was why Deepak Dobriyal, Gulshan Devaiah and Anurag Arora did Kuldip Patwal. Do these gifted artistes share the film’s convictions or are they, like scores of other talented actors, struggling to find worthwhile roles in worthwhile films in nepotistic, star-obsessed Bollywood?

So anyway, Kudip Patwal: I Didn’t Do It! begins with the killing, in September 2013, of three-term chief minister Varun Chadha (played by Pravin Dabas), and brief shots of the alleged assassin standing not far away. It then rewinds to 15 minutes before the murder.

The flashback bears little fruit and we are back at the assassination and the arrest of Kuldip Patwal (Dobriyal) who was in the audience at the rally where Varun was shot dead. Kuldip insists he is innocent. The local cop Ajay Rathore (Arora) is soft on him. Lawyer-philanthropist Pradyuman Shahpuri (Devaiah) is roped in to defend him.

When Pradyuman meets Kuldip for the first time in jail, the film flashes back to 11 years earlier. Then at some point it travels to 18 months earlier. The telling of Pradyuman’s story is interspersed with snippets from Varun Chadha’s life. The bright, hard-working and educated Pradyuman shone in an exam for a sarkari naukri. He failed to get a job all the same because he is a general category candidate. Every step of the way, his struggles are exacerbated by the policy initiatives of this well-intentioned politician who, with no seeming malice, ends up quashing the dreams of this upper-caste man already suffering at the hands of an overbearing mother who makes too many demands on his ageing father.

Caste is a complex devil. Reservations have, in some arenas, altered power equations and consequently led to deep-seated resentment from communities that once had everything handed to them on a platter at birth but now must make do with a diminished share of the pie. Ignoring this resentment would be unwise, and in the hands of a more well-informed, skilled and sincere writing team, Kuldip Patwal could have been an insightful take on India’s changing caste dynamics.

A long road separates “could have” and “is”. Kuldip Patwal: I Didn’t Do It! fails to make that journey since it is too busy not giving a damn about Dalits while simultaneously trying desperately to be an edgy thriller.

Past to present. Present to past. Past to present. The film swings back and forth although the non-linear narrative does not serve any purpose in either building up suspense or empathy for the sketchily written characters. During Kuldip’s trial, there is a flashback to “14 years earlier” and then to “12 years earlier” and then...well, I did not care.

I do care about Deepak Dobriyal, Gulshan Devaiah, Anurag Arora and others in the credit rolls though. Dobriyal’s calling card as of now is the fireworks display he has put up for us as the hero’s friend Pappi in the Tanu Weds Manu films. He also tugged at the heartstrings in last year’s Hindi Medium. Devaiah is still struggling to find a foothold in Bollywood after an explosive debut in 2011’s Shaitan directed by Bejoy Nambiar. 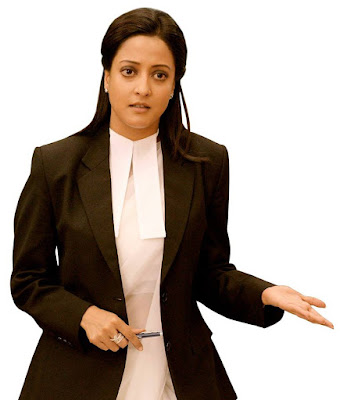 On the other end of the spectrum in this cast is Raima Sen – granddaughter of the legendary Suchitra Sen – whose emotive abilities the late Rituparno Ghosh tapped so well in his directorial ventures. She plays the dead Varun’s wife who is also (you won’t believe this) the lawyer for the state in her husband’s murder case. The rest of her co-stars here do the best they can with Kuldip Patwal’s perfunctory writing. Sen, on the other hand, appears stiff and lacklustre throughout this pointless mish-mash of caste, murder and politics.

Still, she should be commended for not bursting out laughing in the film’s final scene when its supposedly great grand twist is revealed. Drum rolls please!

There should be a national award headed your way just for that, Ms Sen.