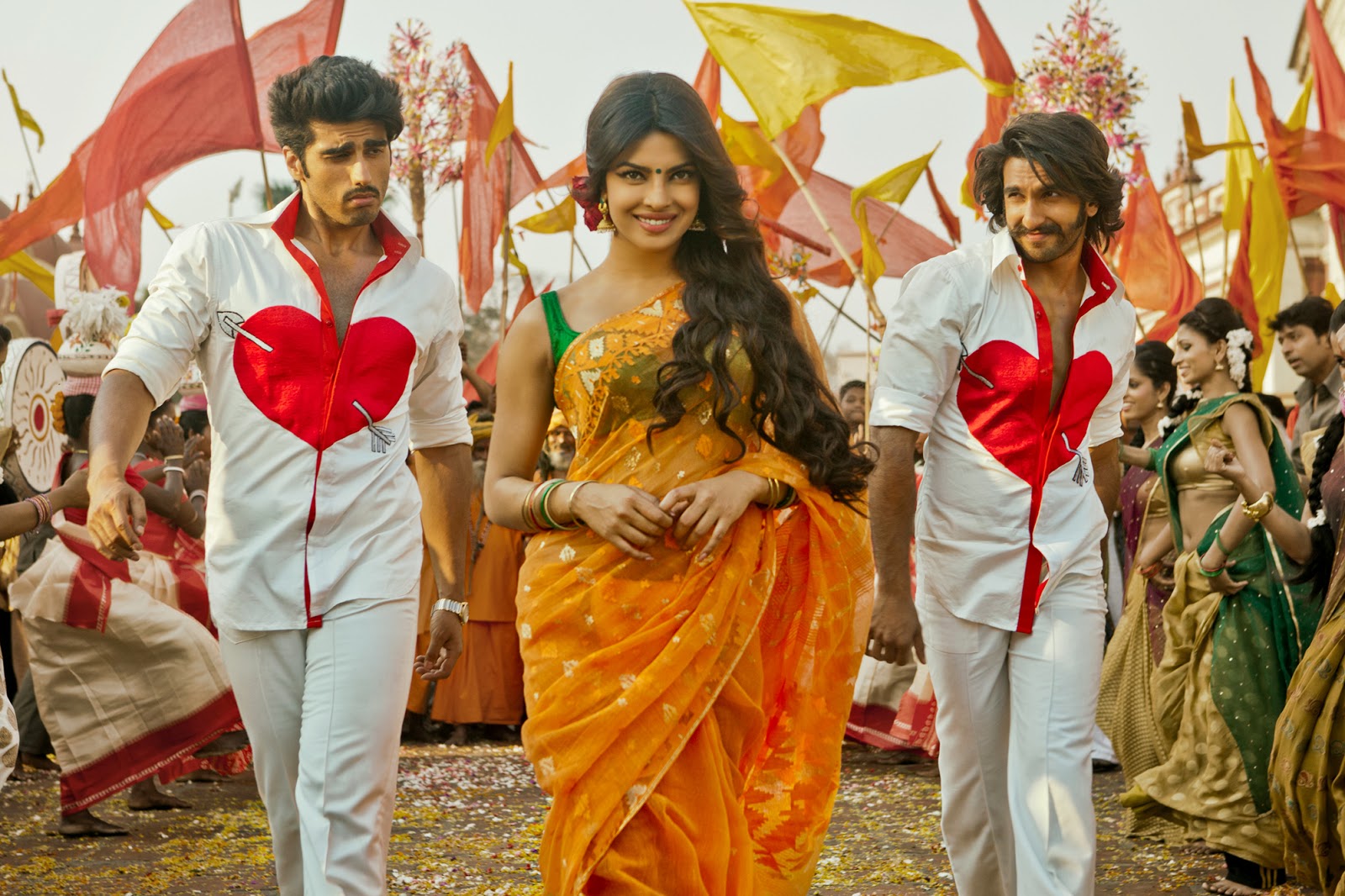 There’s an interesting angle in Gunday involving the origins of the two male leads: Bikram Bose (Ranveer Singh) and Bala Bhattacharya (Arjun Kapoor) are orphaned refugees from the newly formed Bangladesh, who escape to Kolkata as children and go on to establish themselves as the city’s most powerful dons. Most references to Partition in Bollywood have dealt with West Pakistan, while the former East Pakistan has remained largely ignored. However, with little writing depth to complement it, this plot novelty can’t save Gunday from the been-there-seen-that quality that pervades most of the film.

Bikram and Bala are inseparable buddies. A childhood spent together battling poverty, derision and potential sexual abuse has resulted in a bond so strong that even when they fall in love with the same woman – cabaret dancer Nandita (Priyanka Chopra) – they sportingly agree to woo her individually and let her decide for herself who she prefers. Also in the picture is ACP Satyajeet Sarkar (Irrfan) who has been brought into Kolkata specially to bust their gang because the local police have yet to gather any incriminating evidence against them. 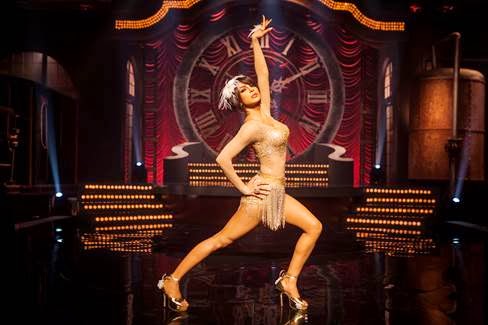 Ali Abbas Zafar – who earlier made Mere Brother ki Dulhan starring Katrina Kaif, Imran Khan and Ali Zafar – is the writer-director of Gunday (Sanjay Masoom is credited for additional dialogues). The weakness of the film is its writing and the fault with the writing begins with its clichés. For instance, since coal mining is Bikram and Bala’s mainstay, there are dialogues galore about the blackness of coal, about koyla and a heera coming from the same element, about black as a mark of disgrace/evil and white as a sign of purity/goodness. The character development of the heroes is also limited and there’s nothing in particular to support Nandita’s explanation for why she falls in love with one and not the other.

The film also suffers from an inability to pull off what seems like a desire to be realistic and yet operatic, melodramatic and fantastical. With similar ambitions, Sanjay Leela Bhansali’s Ram-leela recently managed to do that balancing act. Gunday, however, is too weak to be effective. At times it seems headed towards a Blood Brothers kind of nature-versus-nurture debate, but that angle is not sustained for long. There are shades of Sholay in Bikram and Bala’s Yeh-dosti-hum-nahin-thodenge friendship complete with a coin toss in the picture and a train robbery early on in the film; but no, this is not a reworking of Jai and Veeru’s equation either. In what’s probably a bow to Ram Gopal Varma’s iconic gangster film, a colleague addresses ACP Satyajeet as Satya, but Gunday has none of Ramu’s insights.

On a positive note, the film does not let up on the costumes and styling for its period setting (this is 1970s-'80s Kolkata). That apart, the visual appeal ends up being distracting. Ranveer and Arjun have obviously worked hard on their physiques – bless you, boys! Ranveer in particular must be complimented for getting the bulk just right here unlike in Ram-leela’s Tattad tattad song in which he was over-muscled. However, the heavy body make-up, oiled torsos and posing about are out of place in the space they occupy here. When the wind blew off Chulbul Pandey and Chhedi Singh’s shirts in Dabangg to reveal impeccable bodies, it worked because the film was not asking to be taken seriously. Gunday, on the other hand, seems confused about what it wants to be. So, when Bikram and Bala rip off each other’s shirts in a wrestling bout, I wanted to whistle at their physical beauty but also laugh because my reaction seemed like a mismatch to the intended emotional intensity of the scene.

Still, in this respect and in the writing, overall the second half of the film is much stronger than the first with some interesting twists coming up (though the most well-executed 15-minute stretch comes right at the start when Bikram and Bala are children). Even the songs, which are dull and almost stop the proceedings each time they are inserted into the pre-interval portion, are better used in the latter half by which time they are woven into the narrative. Saaiyaan in particular has Irshad Kamil’s lyrics, Shahid Mallya’s voice and the storytelling all falling into place. “Kal Meera tadpi Kanha ko / Sab laaj-samaaj gawaee re / Ab prem mein tadpan-tarsan ki / Hai baari Kanha ki aayi re,” goes the song marking one of the best directed portions of Gunday. The other is an excellent face-off between Satya and Nandita in a cemetery in which she argues that Bikram-Bala are good souls who are victims of their circumstances; he points out that not everyone who’s had a tough life turns to crime, that environments can’t be an excuse for wrongdoing.

That short yet cracking conversation comes as a relief because the film’s initial scenes lend a disturbing coolth to the villainy and swagger of the children playing little Bikram and Bala. The exchange between Satya and Nandita has particular resonance considering the ongoing national debate on juvenile criminals in India. Earlier, there is another neat scene in which Nandita ticks off the boys for what she assumes are their assumptions about a cabaret girl.

Disappointingly, Ranveer and Arjun’s chemistry in Gunday is not a patch on the sparks flying between them in their recent joint TV interviews. It feels unfair though to judge actors when they’re working with inadequate written material and direction. That this is a talented cast being wasted is evident from the fact that where they are given good writing they shine, as is the case with Irrfan and Priyanka in the aforementioned two scenes. We needed more of that in Gunday. This is not an unwatchable film. It’s simply unremarkable, inconsistent and unoriginal.