THE annavetticadgoes2themovies AWARDS ☺ - BEST BOLLYWOOD FILMS AND STARS OF 2013

Whatever your complaints may be about the Mumbai film industry, you have to admit that the opening up of the exhibition sector in the past couple of years has led to a windfall for film buffs. Last year was a wonderful example of what can happen when niche films are given space in mainstream theatres – not only do they find an audience, they also make big money. For proof, look no further than my choices for 2013’s best films from Bollywood. Even two years back, we wouldn’t have dreamed that a film like Ship of Theseus would get a release anywhere beyond the festival circuit. Yet it did. Across India. And The Lunchbox – bereft of glitz, glamour, megastars and naach-gaana – not only came to theatres, it went on to earn six times the money spent on making it, by the end of its theatrical run in India.

All’s not hunky dory yet, we have miles to go before we sleep, but there is still plenty of reason to celebrate. Now here are my choices for Bollywood’s Best Films and Actors (male & female, in leading and supporting roles) for 2013:

For the record, my definition of Bollywood is the primarily (but not entirely) Hindi film industry based in Mumbai. Keeping that definition in mind, this choice is a no-brainer. Director Anand Gandhi’s Ship of Theseus is a thing of beauty, both literally and philosophically. The film brings together three seemingly unconnected stories, the first about a Mumbai-based photographer whose sight is restored through a corneal transplant, after which she struggles with her craft; the second about a monk who is locked in a legal battle with unethical pharmaceutical companies but must ultimately turn to those very companies when his own health fails him; and the third about a young stockbroker who tries to help a poor man cheated of his kidney in a transplant racket. The film moves smoothly from one well-told story to the next to the next, until it culminates in a completely surprising, profoundly moving climax.

No one watching Pankaj Kumar’s sumptuous cinematography would guess that this film was made at a cost of just Rs 2.5 crore, which is small change for commercial Bollywood films these days. The writing is brilliant, filled with tenderness, reflections on life, questions about human existence and unexpected humour. Mumbai theatre professional Neeraj Kabi as Maitreya the monk in the second segment and co-producer Sohum Shah playing the stockbroker Navin of the third story merit a special mention from among the brilliant cast (Amba Sanyal in the role of Navin’s grandmother is the film’s only weak link).

There is so much to treasure and savour and ponder over in this film – such as Maitreya’s sparkling, intellectually stimulating, deliciously mischievous yet thought-provoking conversations with his cheeky young lawyer Charvaka; and that moment when Navin realises that his idea of justice is not necessarily what the rest of the world wants. All these individual elements come together under Gandhi’s directorial vision to deliver a film that is a truly elevating artistic experience.

(For the original review of Ship of Theseus click here)

2: The Lunchbox directed by Ritesh Batra 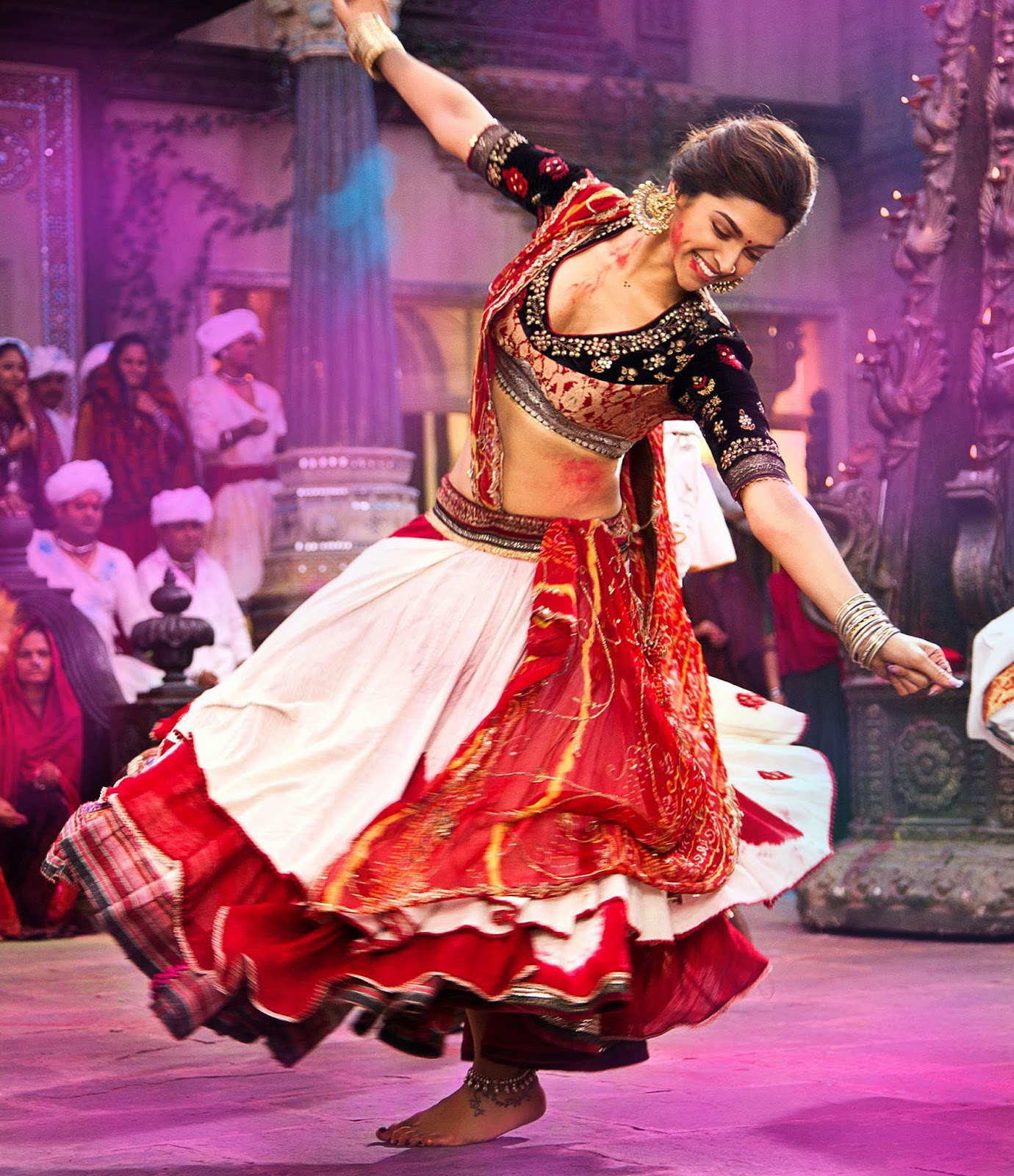 The competition was tough no doubt, but Deepika Padukone’s achievement in 2013 was that much of her competition was with herself. Her performance as the feisty Leela in Sanjay Leela Bhansali’s Ram-leela scores over the rest of her films in 2013 though because – we Bollywood-gazers rarely acknowledge this – it is no child’s play to pull off Bollywood’s trademark high drama and masala and make it look credible. You have just to see photographs of John Travolta and Kevin Spacey trying to “do Bollywood” at this year’s IIFA to know that we don’t give our girls and boys enough credit for playing these roles with conviction.

Deepika in Yeh Jawaani Hai Deewani gave her Naina both depth and meaning, but since it was an evolved version of earlier performances that she has delivered, it doesn’t rank as her biggest challenge in 2013. In Chennai Express she did a tremendous job as a comedienne while simultaneously giving us the most consistent and innovative take on the Tamilian accent we’ve seen in a Hindi film so far. She managed to be comical without being crude and offensive as Bollywood “Madrasis” have been in the past, and for that she definitely deserves to be lauded for this film. However, it is with Ram-leela that she had to tackle melodrama at a far higher octave than in both YJHD and Chennai Express. She managed it without making it seem loud or over-the-top for a single second, combining raw emotion with ethereal grace as a dancer and the pizzazz to spout poetry wherever it was woven into her dialogues.

This was a difficult role that could have gone horribly wrong if Deepika had taken it a single notch higher. That she was pitch perfect is a measure of what an accomplished actress she is. It was heart-breaking though to pick Deepika over Sarika’s own take on perfection in the unheralded Club 60. Hopefully this male-dominated industry will give the older actress more such substantial roles in other films in the coming years, and we can have this argument with the self once again. For the moment though, the award goes to Ms Padukone.

5: Nimrat Kaur in The Lunchbox 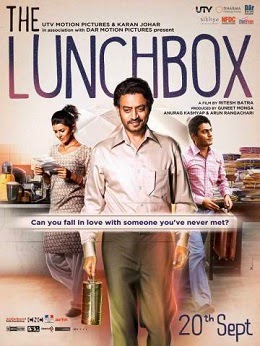 1: Irrfan Khan in The Lunchbox

In a year of sensational performances by male actors, Irrfan Khan managed to stand out by raising his game even higher than the high standards he’s set for himself. As an elderly, widowed insurance professional in Ritesh Batra’s The Lunchbox, Irrfan gave whole new dimensions to the state of being alone, as his character traversed a graph that went from self-containment to loneliness.

This is an actor who knows how to convey a million words through every glance, every touch, every barely-decipherable move. We watched as he conjured up a warm chemistry with his young female co-star Nimrat Kaur without once being in the same room with her. We witnessed his character’s irritation for Nawazuddin Siddiqui’s Shaikh giving way to tolerance and finally, reluctant affection, although he was a man of few words and even fewer gestures. In a career filled with memorable performances, this must surely rank as one of Irrfan’s best.

(For the original review of The Lunchbox click here)

2: Farooque Shaikh in Club 60 and Ranveer Singh in Ram-leela

5: Ranveer Singh in Lootera and Chandan Roy Sanyal in Prague

5: Prabhleen Sandhu in Sixteen and Rani Mukerji in Bombay Talkies

4: Nawazuddin Siddiqui in The Lunchbox

I had earlier conducted polls on this blog for your pick of the Best Actor and Best Actress of 2013. The results were published in earlier posts to which I’m providing links here:

Your pick of Best Actress for 2013 was Deepika Padukone in Ram-leela – we concur there. Your pick of Best Actor 2013 was Farhan Akhtar in Bhaag Milkha Bhaag – let’s agree to disagree on that one. Akhtar was impressive in BMB but in a crowded field, there were at least six performances that were qualitatively far superior to his take on the Flying Sikh (see above section on Best Actor – Male).

THE JOINT WINNERS OF THE READER POLL WITH MAXIMUM VOTES FROM YOU WERE: Swara Bhaskar for Raanjhanaa and Tanve Azmi for Yeh Jawaani Hai Deewani

THE WINNER OF THE READER POLL WITH MAXIMUM VOTES FROM YOU: Saurabh Shukla in Jolly LLB

All right then, onward now to the rest of 2014. Let’s see if the remaining months throw up any performance by a female star that can beat out Kangna Ranaut’s Rani in Queen. And gentlemen, we’re still waiting for you to make us stop in our tracks this year. Don’t let us down.