(A shorter version of this article was published in The Hindu Businessline’s BLink on August 13, 2016. It was written before the release of Rustom and Mohenjo Daro.)

BOLLYWOOD AND THE ART OF AVOIDING FACTS

In the week of Rustom and Mohenjo Daro’s release, let us ask why so many Hindi films in 2016 – from Airlift to Budhia Singh – have shown a bizarre apathy towards authenticity and accuracy 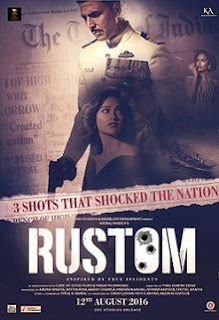 By the time you read this, Ashutosh Gowariker’s Mohenjo Daro and Tinu Suresh Desai’s Rustom will be in theatres. This column goes to press before their release. It has, however, been hard to miss the chorus of online irritation all summer over perceived historical inexactitudes in the promotional material of Gowariker’s film, which is set in the ancient Indus Valley Civilisation. Since Rustom is said to be based on the true story of the murder committed by Commander K.M. Nanavati in 1959, some experts have also pointed out that the styling of the hero (Akshay Kumar) in the film’s posters and trailers is an incorrect representation of Indian Navy men in the 1950s. 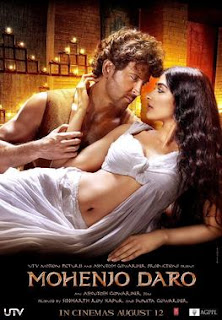 My mantra as a critic: watch the film, then decide. Sadly though, the janta is justified in being cynical about Bollywood’s rare flirtations with ancient or recent history and biopics. This year has been particularly bad on this front. From the superhit Airlift, to Mohammed Azharuddin’s biography that the opening disclaimer said was not a biography, to last week’s Budhia Singh: Born To Run, Hindi cinema has shown a bizarre apathy towards authenticity and accuracy in too many films based on true stories in 2016.

To be fair, research takes time, time costs money, and the biggest budgets of even India’s biggest three industries – Telugu, Hindi and Tamil – are still a fraction of what Hollywood spends per film. Historicals and period dramas are uncommon in India largely because costumes and sets for quality films in these genres are forbiddingly expensive. Beyond these constraints lies a disturbing truth though, that many Hindi filmmakers are just casual about facts, and the masses give them a long rope. (Note: this column is not a clean chit to other Indian industries; the Hindi film industry, i.e. Bollywood, just happens to be today’s focus.)

Take for instance Budhia Singh which was released in early August. Soumendra Padhi’s film is about the slumchild who was widely covered by the national and international media when he ran 48 marathons in 2005-06, culminating in a 65 km Bhubaneshwar-Puri run in 2006 at the age of four. Singh was subsequently taken away from his coach/adoptive father Biranchi Das by Odisha’s child welfare officials on the grounds that marathons are harmful for one so young. 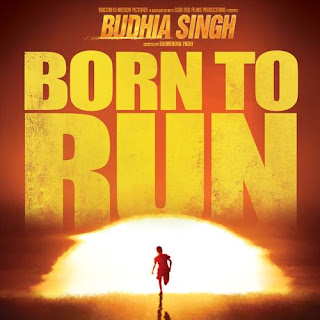 Budhia Singh makes an appearance of raising questions about the late Das’ ethics, but covertly bats for him by caricaturing officialdom and portraying government representatives as a nasty, ill-intentioned, politicking bunch who did not have the boy’s interests at heart. It also fails to specify global norms from then and now. The International Association of Athletics Federations’ 2012 medical manual recommends 3 km as the maximum competition distance and 6 km as the weekly training distance for children below nine, whereas Das had Budhia reportedly running at least eight times that distance each week.

The grievousness of Das’ actions – however fond he may have been of the child – are mind boggling, but hey, what are a few data here and there or even a child’s health when you are trying to build up a man as a hero and hoping to cash in on viewer disillusionment with the country’s corrupt sports establishment?

Padhi merely excluded details that were inconvenient to the point he was trying to make through his film. Director Raja Krishna Menon went a step further than cherry-picking information: he fabricated facts. 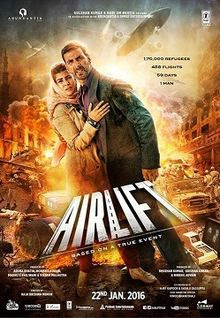 Menon’s Airlift is about the evacuation of Indians from Kuwait after the 1990 invasion by Iraq. The particulars of the true story on which the film is based are laid out in a 2014 Scroll report: after Saddam Hussein invaded Kuwait in August 1990, the Government of India evacuated “more than 110,000 citizens from Iraq and Kuwait via an airlift that included nearly 500 flights. The operation is the largest civilian evacuation in history… Eventually, Air India would fly 488 flights over 59 days, carrying 111,711 passengers”.

In the film, 1.7 lakh Indians (not 1.1 lakh) are rescued through the single-handed efforts of a fictional businessman called Ranjit Katiyal (played by Akshay Kumar), after he persuaded a reluctant Indian MEA official to help despite overall government indifference. In actuality, this unprecedented achievement was the result of coordination between Indian bureaucrats, diplomats and some private individuals in Kuwait, following a diplomatic eggshell walk by then Foreign Minister I.K. Gujral.

At the time, Gujral was highly criticised for a very public, widely photographed embrace with Hussein, although that meeting while Iraq was under fire from much of the rest of the world is why Hussein allowed our citizens to leave. Considering the flak the V.P. Singh sarkar swallowed to make the evacuation happen, it seems beyond callous that Airlift portrays the government and bureaucracy as completely disinterested in the fate of its stranded citizens back then. It is evident that all this was done in a bid to build up the imaginary Katiyal as a gutsy solo player in the tradition of conventional Bollywood heroes.

A text plate at the end of the film acknowledges a “Mathunny Matthews” and a “Vedi” without explaining who they were or what role they had in this mammoth exercise. Apparently, giving the full names and details of real-life stars is unnecessary. Apparently too, their names were an inconvenience since a non-existent Katiyal would better fit the persona and physique of the film’s chosen leading man. (For the record, Mathunny/Sunny Matthews and Harbhajan Singh Vedi were among the handful of private individuals who reportedly spearheaded the operation on the ground in Kuwait.)

This is not to say other film industries do not toy with facts. For instance, Hollywood’s 2015 offering Steve Jobs – a biopic of the Apple founder – and its writer Aaron Sorkin were slammed by journalist Joe Nocera in The New York Times for “how little it had to do with the flesh and blood Steve Jobs” for various reasons. Nocera writes:

There are moments in the film, like the big “reconciliation” scene with his out-of-wedlock daughter, Lisa, that are almost offensively in opposition to the truth. (Although Jobs’s relationship with Lisa could be volatile at times, she had in fact lived with him and his family all through high school.)

…As it turns out, Sorkin is quite proud of his disregard for facts. “What is the big deal about accuracy purely for accuracy’s sake?” he told New York magazine around the time “The Social Network” came out. The way he sees it, he is no mere screenwriter; rather, he’s an artist who can’t be bound by the events of a person’s life — even when he’s writing a movie about that person.

Ben Affleck’s Oscar-winning 2012 film Argo, gripping though it was, was conscienceless in this matter. Argo  was about the rescue of six US  embassy officials in the 1979-81 Tehran hostage situation. It gave credit for the evacuation entirely to the CIA and its operative Tony Mendez, while diminishing the role of the Canadian embassy, a role that Jimmy Carter – who was the US President during the crisis – vouches for.

Carter told CNN after watching the film, “Ninety per cent of the contributions to the ideas and the consummation of the plan was Canadian. And the movie gives almost full credit to the American CIA.” He added: “Ben Affleck’s character in the film was only… in Tehran a day and a half… The main hero, in my opinion, was Ken Taylor, who was the Canadian ambassador who orchestrated the entire process.”

Argo also showed the British and New Zealand embassies in Tehran turning away the American diplomats before they take refuge in the Canadian embassy. This too was contrary to recorded accounts, and in 2013 New Zealand’s Parliament even passed a resolution censuring the film for this falsehood.

What Hollywood does wrong, Bollywood can do worse. Argo fibbed and juggled reality to play up the CIA’s role in a true story of valour and play down the role of its allies, in keeping with the US film industry’s perennial policy of lionising America in all contexts. Airlift, on the other hand, created a whole new human being tailor-made for Bollywood melodrama and a particular superstar.

Whether such decisions are motivated by convenience, personal ideology or artistic sloth, filmmakers usually cite “cinematic/dramatic/creative licence” as their excuse when confronted with facts. Affleck is quoted in Britain’s The Telegraph explaining his choices thus: “I struggled with this long and hard, because it casts Britain and New Zealand in a way that is not totally fair. But I was setting up a situation where you needed to get a sense that these six people had nowhere else to go. It does not mean to diminish anyone.” What a wonderfully worded, sincere-sounding string of euphemisms to explain away creative laziness.

No doubt feature filmmakers do need some leeway to heighten the entertainment quotient in their works for a mass audience. However, “cinematic licence” cannot become a shield for negligence, indolence, prejudice, opportunism, defamation and lies.

Hey filmmakers, creative licence need not be irresponsibly used. Rakeysh Omprakash Mehra’s Bhaag Milkha Bhaag, for instance, shows Milkha Singh haunted by memories of the Partition during the 1960 Rome Olympics 400m final and looking back as he nears the finish line, thus losing the race; Singh, however, says he lost because he made a poor judgement call and consciously changed his rhythm mid-race. Mehra’s dramatisation is harmless, even if needless. Available images of Emperor Akbar suggest he was not a Hrithik Roshan-grade hottie, but no one holds that against Gowariker’s Jodhaa Akbar. It is unlikely that a historical text has recorded Peshwa Bajirao sharing a romantic bath with his wife, but it would make no sense to cite that scene as a grouse against Sanjay Leela Bhansali’s Bajirao Mastani.

On a serious note, it goes without saying that Sonam Kapoor in this year’s wonderful Neerja had to guess the expressions on Pan Am flight purser Neerja Bhanot’s face in the hours before her death on a hijacked flight in 1986.

See, we do understand “cinematic licence”. Just do us a favour and do not hide behind it when you are being immoral, amoral, unjust, unfair, biased, miserly or plain lazy, especially not when you fool around with reputations and lives.

Link to the shorter version of this column published in The Hindu Businessline:

Previous instalment of Film Fatale: All Hail The Violators of Women