PARVATHY OR ANNA? UYIRIL THODUM OR JAATHIKKATHOTTAM? MAMMOOTTY OR…? A PICK OF THE YEAR’S BEST WORK

2019 has been one of the greatest years in recent memory for Mollywood, the Kerala-based film industry that makes films largely in Malayalam. It has, therefore, been tough to arrive at lists of the year’s most memorable films. Still, as a follow-up to my Best Mollywood Films 2019 compilation, here is my selection of the best actors, directors, songs and technicians – nominees and winners – in categories generally recognised at most film awards worldwide, what I like to call my personal Mollywood Awards 2019.

(Note: I am appending to this article a footnote* on my use of the word “Mollywood”, which I initially wrote for my piece on the best Mollywood films of the year.) 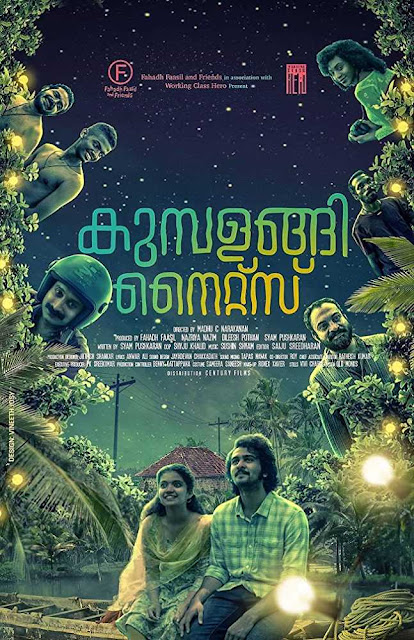 This list contains only films released in 2019 and in mainstream theatres, not at festivals alone nor, for practical reasons, direct-to-online releases, although in coming years I will extend the scope to the latter too.

2019 has given the Mollywood gazer a lot to celebrate. I have covered 19 films in the nominations here and ended up leaving out many more than I would have liked to because, unfortunately, no list can be unlimited. There are anywhere from five to seven nominees in each category, all arranged in alphabetical order. If even one reader seeks out a film included here that they missed in the past year in theatres, my job is done.

Nominees: (All nominee lists are in alphabetical order)
1. Jallikattu

And the award goes to…
Kumbalangi Nights
BEST DIRECTOR 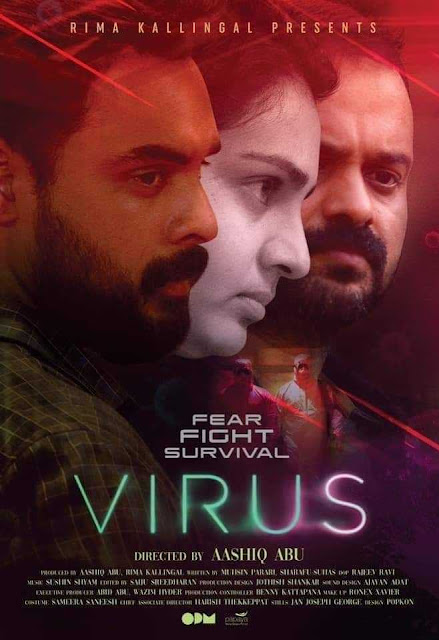 And the award goes to…
Syam Pushkaran (Kumbalangi Nights) 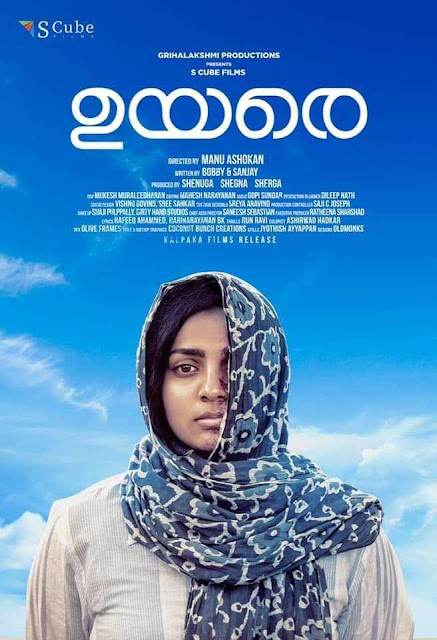 Tovino Thomas (And The Oskar Goes To)

And the award goes to…
Vinay Forrt (Thamaasha) 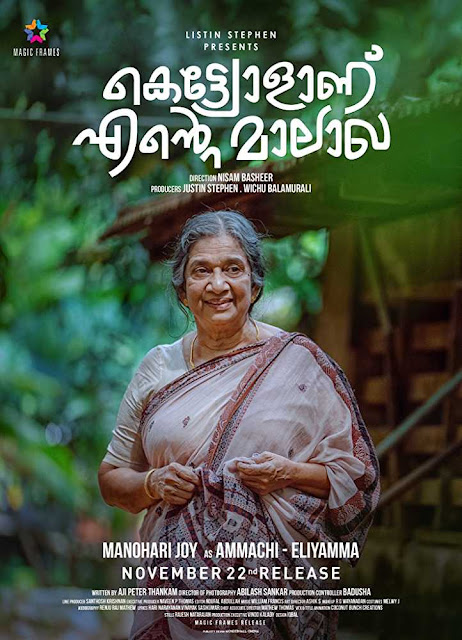 And the award goes to…
Asif Ali (Uyare) 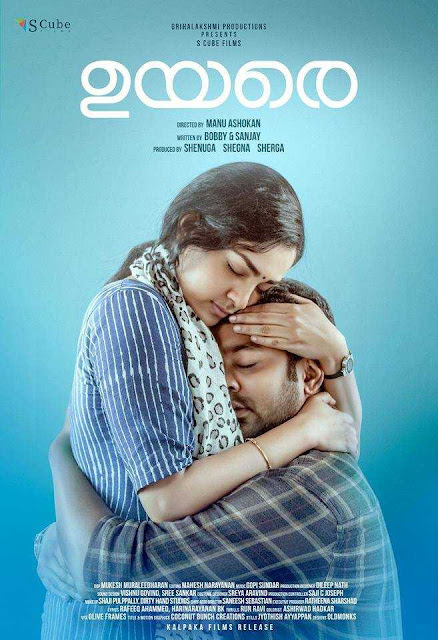 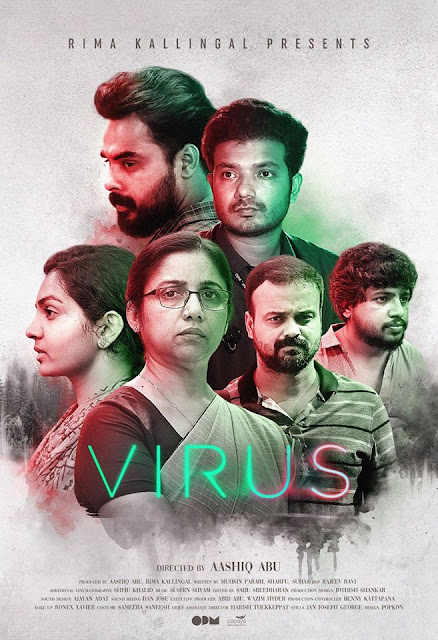 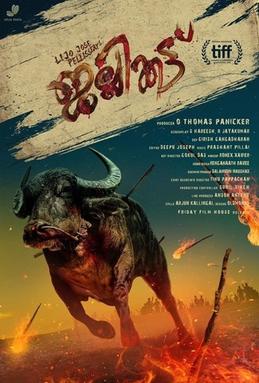 And the award goes to…
Deepu Joseph (Jallikattu)
BEST CINEMATOGRAPHY

And the award goes to…
Anna Ben (Kumbalangi Nights) 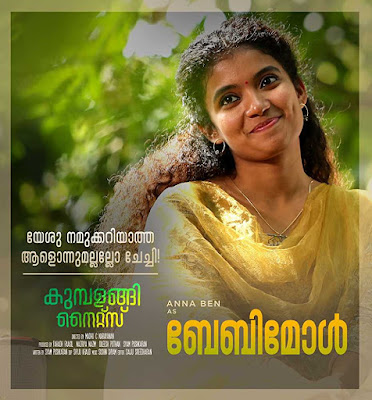 *FOOTNOTE ABOUT THE TERM MOLLYWOOD:

Over the years, some readers have urged me to not use the word Mollywood for the Kerala-based primarily Malayalam language industry. I would like to discuss why I persist with it.

To those who say Mollywood is a derivative term subordinating the Malayalam film industry to Bollywood, I must point out that Mollywood is not derived from Bollywood. All the nicknames used by the press and public for India’s film industries – Mollywood, Bollywood, Kollywood, Tollywood, Sandalwood and so on – are drawn from Hollywood. A reader once told me she has no problem with “Bollywood” but objects to “Mollywood”. This I cannot understand. Either you object to all these derivative labels or none at all. If you object to all, I completely get where you are coming from, but do note my reasons for continuing to use them at least for now.

First, “Bollywood” has served as great national and international  branding for the Indian film industry headquartered in Mumbai that makes films mostly in Hindi, with very very occasional forays into Haryanvi, English and other languages. Whenever I speak to my counterparts in the foreign press, I find a majority of them are not even aware that India makes films other than the ones coming from Shah Rukh Khan’s city. While this is primarily due to the extreme pro-Hindi, pro-Bollywood bias of India’s own supposedly ‘national’ newspapers and TV channels based in Delhi and Mumbai that amplify Bollywood’s works while largely ignoring India’s other film industries, another factor is branding. The term “Bollywood” is catchy. As long as the ‘national’ media’s bias remains, my personal choice is to do everything in my power as an individual to give high visibility to films from India’s other industries, because like most cinephiles, I am keen that the films I love get as wide a national and global audience as possible.

Second, as Indian cinema evolves, these terms have become useful in another way. Unlike Bollywood cinema whose characters almost invariably speak Hindi and at a stretch, English but no other Indian language irrespective of which part of India or the world they are situated in, Mollywood has been adventurous with language. Increasingly, I am afraid, a certain section of Mollywood has also been treating Hindi as a signifier of coolth and using it even where it is not necessary or relevant – in the way English was once viewed by Bollywood – but that is a separate discussion. Back to the subject at hand, the 2017 film Tiyaan, which revolved around a community of Malayalis living in Uttar Pradesh, was – as it would be in real life – equal parts Malayalam and Hindi with even some Sanskrit dialogues included in the mix. In this year’s lovely Mammootty-starrer Unda, when a posse from the Kerala Police travelled on election duty to Hindi belt states, what we were given was a natural mix of Malayalam, Hindi and a few other tongues. To describe either of these as “Malayalam films” would be inaccurate. Mollywood therefore is also an expedient term. (This applies to Bollywood too on the rare occasions when the quest for authenticity has spurred a director to favour a language other than Hindi.)

With no disrespect then to those who disagree, I intend to use “Mollywood” as long as there is a far bigger worry than a derivative term, that worry being the ‘national’ media barely acknowledging this industry. But the day Mohanlal and Manju Warrier, Parvathy and Fahadh Faasil become household names across India the way the Khans, Kapoors, Kaifs and Chopras of Bollywood are, I plan to invest time and energy in coining an alternative term. I promise.

The Kumbalangi Nights Phenomenon: One small step for Mollywood, a giant leap for Indian cinema

Best Mollywood Films 2019: Kumbalangi Nights, Virus, Unda and more in perhaps the best year ever for God’s Own Cinema

Best Bollywood Films 2019: Article 15, Gully Boy and a handful that shone in an otherwise annus horribilis

Bollywood Awards 2019: Rani or Kangana? Rap or Niyam ho? Ayushmann or Ranveer? A pick of the year’s best work

Posted by Anna MM Vetticad at 2:10 AM