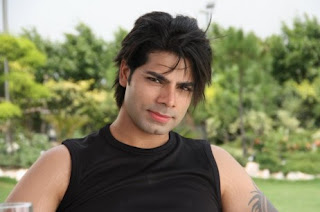 If I were a Hindi film heroine, I’d be yelling: Kya ghor anyaay hai yeh?! But since I’m me, I’ll tone it down, though the sentiments are the same when I say: O cruel world! A world that leaves undeniably talented actors Arjan Bajwa, Arjun Mathur and so many others like them struggling to earn a place in Bollywood while … hmmm, how do I put this kindly? … while talentless, personality-less  people such as Jatin Khurana get to be the lead in a full-fledged production that can actually afford to travel to Bangkok to shoot! It makes me furious!
In Ye Stupid Pyar, Khurana is Abhishek, a US-based professional visiting his parents in India. While on vacation, he falls in love with a dance instructor at his gym. Neha – played by an actress called Noopur – agrees to marry him after he pursues her for a while. On their wedding night she persuades him to get his company to transfer him to Bangkok, and on the very first day there, she disappears from their home. It turns out that Neha has a past hitherto unrevealed to Abhishek and the audience!
Ye Stupid Pyar is a romantic thriller, though if there was such a genre as cheap I’d be slotting it there. I should have known nothing good could come of this film from the moment I saw the first scene in which Abhishek enters his parents’ house, walks towards his father and you hear his voice saying “Oh papa,” but you can see his lips on screen move to the words “Oh dad”. If the production team of a film takes its audience so lightly that they don’t think we would notice such glaring errors, then why should we take it seriously? 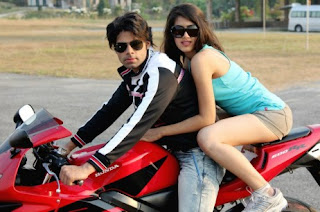 But that’s not the worst of it – it actually goes further downhill from there! The hero, it turns out, is considered handsome by not one but two attractive girls. What else would you expect from ye stupid film in which an employee phones up his boss just a day before he is supposed to return from leave to his office in the US and casually asks to be posted elsewhere … and the boss equally casually stops to think for but a moment before he agrees? If this weren’t a fictional company, I’d be applying for a job there!
The film’s far-fetched story and screenplay are matched in quality by the hero’s acting which would not find him a place in the kindergarten play of a school worth its salt. Noopur and Akansha Shivhare look like they deserve better than those tacky sets, poor songs, pathetic makeup and lighting. But perhaps that’s their punishment for agreeing to do this film in the first place. In a world where top-notch young directors struggle to get decent budgets, it’s infuriating to see good money wasted on a film that seems to have been made as an indulgence!
Rating (out of five): -50 stars
Language:                              Hindi
Photograph courtesy: http://yestupidpyar.com/
Posted by Anna MM Vetticad at 11:19 AM